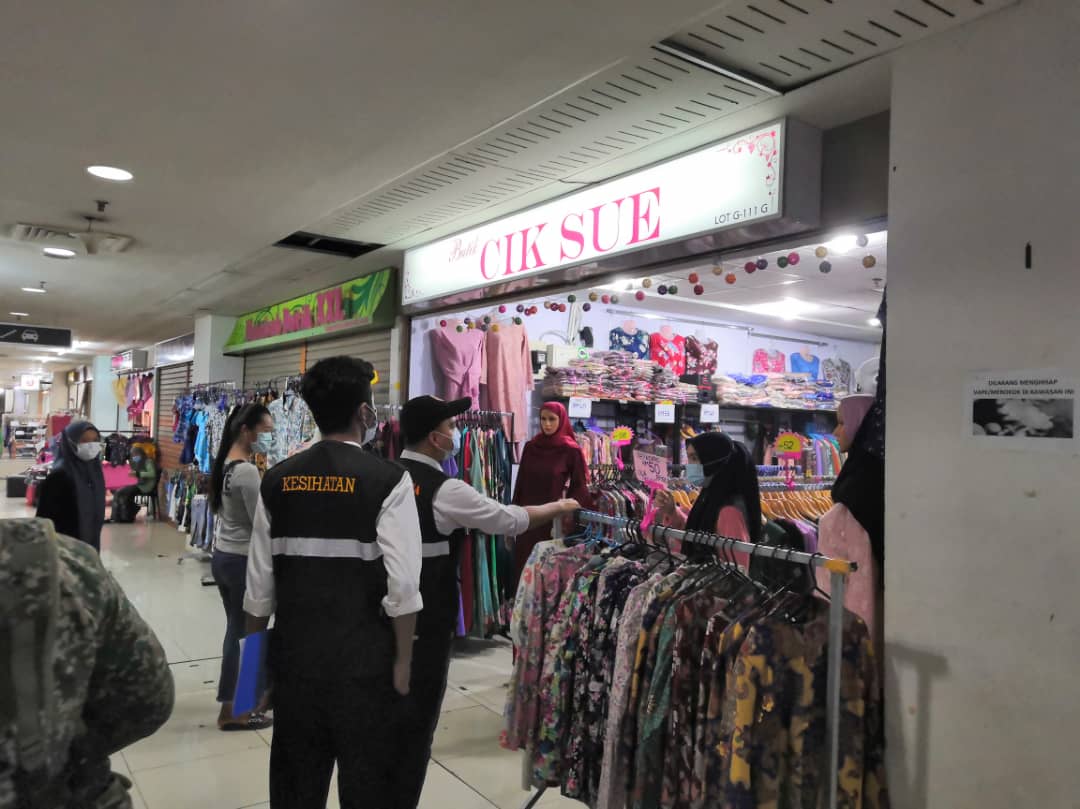 LAHAD DATU: A total of 110 premises in the district have been inspected in a three-hour integrated operation to ensure compliance with the standard operating procedures (SOP) under the Conditional Movement Control Order (CMCO), yesterday.

“These premises were ordered closed as we found that they have failed to comply with the SOP during the CMCO,” he said.

According to Amirul, 41 personnel from the Health Department, Police, Armed Forces and Rela were involved in the operation from 9am to noon.

The premises, he added, were ordered closed under Prevention and Control of Infectious Disease Act 1988 (Act 342).