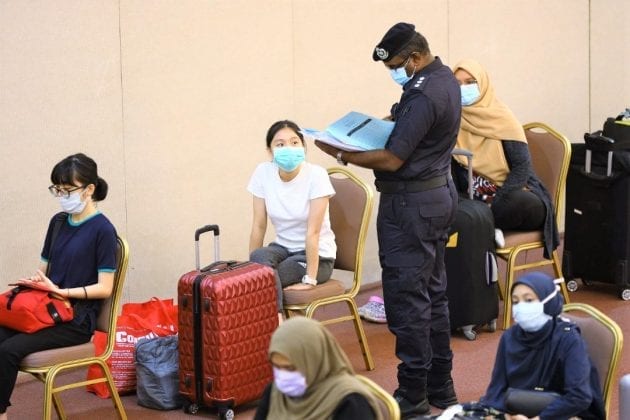 KUCHING: A total of 1,495 students in Sarawak have been sent home after being hunkered down at their respective universities and colleges.

Universiti Malaysia Sarawak (Unimas), who is lead coordinator for varsities and institutions for the programme in Sarawak, said the process to send students back started on April 30.

It added, the programme had to be implemented in stages as it involved all students across the state.

“For Unimas itself, there are some 3,800 local students who are staying both in and outside the campus during the movement control order (MCO) period.

“Those who are staying off-campus are not forgotten and the university is also taking care of their welfare.

“Nevertheless, Unimas will adhere to the standard operating procedure (SOP) when dealing with students in red zones,” it said in a statement on Thursday.

Meanwhile, on Wednesday, the varsity said a total of 722 students have been flown home from Kuching to Kuala Lumpur using three Malaysia Airlines flights.

“The students are from universities across Sarawak including Unimas, UiTM Sarawak, Politeknik Kuching, Politeknik Betong, UCSI and Swinburne.

“They have undergone health screening before being allowed to return home,” it said.