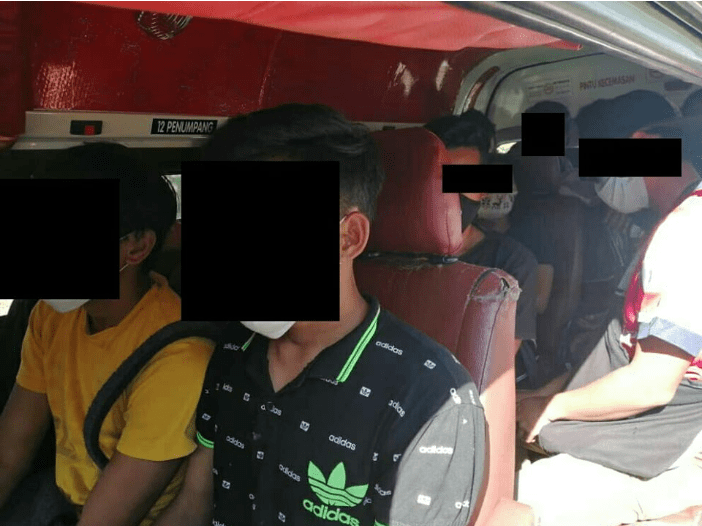 SANDAKAN: Sixteen people travelling in a minivan, including its driver, were detained by police at Mile 5 Petron roadblock for not practising social distancing in the van on Thursday morning.

Sandakan District Police Chief, ACP Mohd Azhar Hamin said the Movement Control Order (MCO) violators, aged 15 to 51, comprised 15 men and a woman, and they told the police that they were heading to their workplace at Mile 3.

All of them were brought to Sandakan Police Station for further investigation under Section 269 of the Penal Code and Regulation 11 of Prevention and Control of Infectious Diseases (Measures within the Infected Local Areas) Regulations 2020.

Meanwhile, Azhar said the police would carry ou several programmes during the month of Ramadan, including breaking of fast sessions at six roadblocks with the police on duty.

“However, these programmes will be small-scale, and we will still ensure social distancing is practised,” Azhar told reporters during his inspection at the BSN outlet in town here.

He said police personnel and Rela had been tasked with inspecting the situation at seven banks in Sandakan.

“So far all people who go to the bank were found to have adhered to MCO guidelines. Based on our inspection, about 100 to 150 people go to the banks here daily during the MCO,” he said.

Review: Mank Walks the Line Between Stunt and Masterpiece

The DOJ’s Move to Take Over Trump’s Law Suit May Be Legal. But Is...

Mike Pompeo to visit Israel and UAE to discuss new diplomatic ties | US...