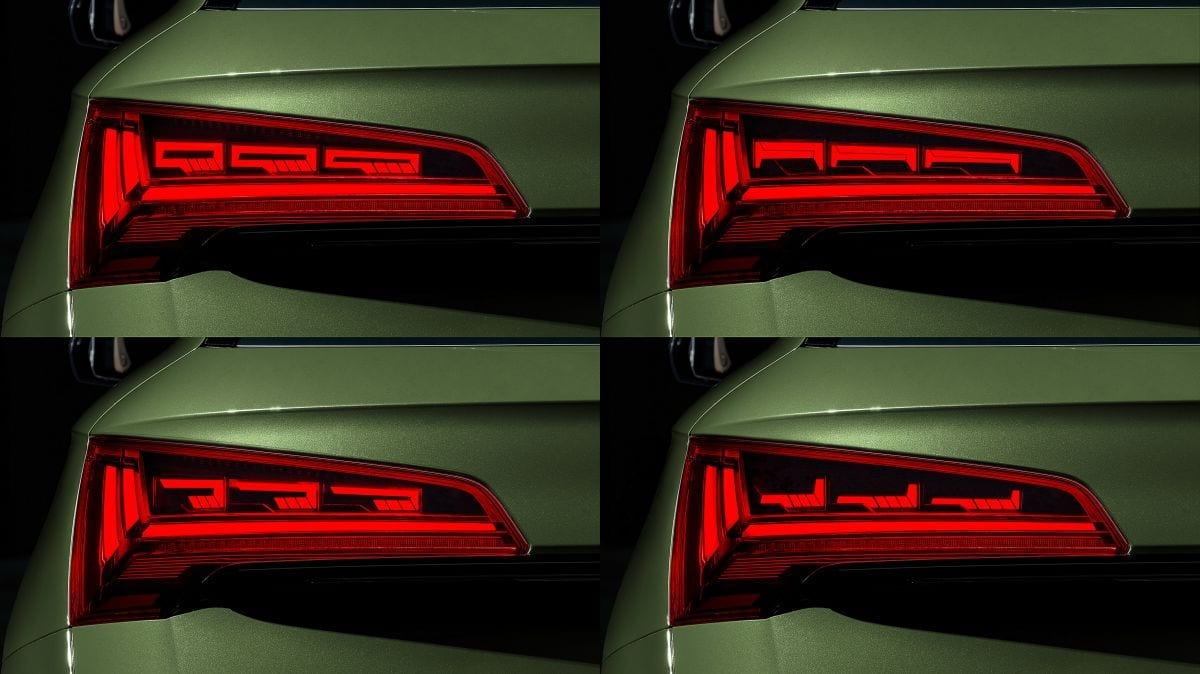 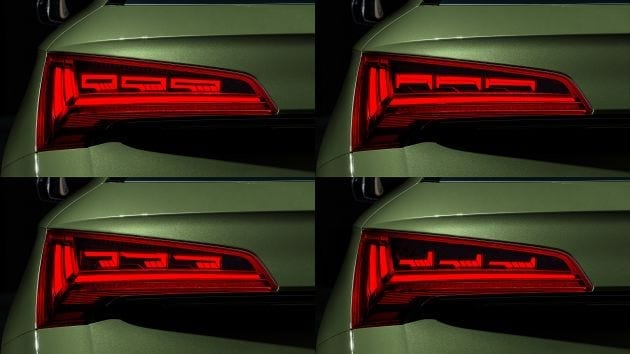 When it comes to vehicle lighting technology, Audi is widely considered to be at the cutting edge. In 2008, the B8 Audi A4 debuted with fancy curved LED daytime running lights, at a time when bulb-type DRLs were the norm. LED DRLs now play a crucial part in complementing car designs, so it’s more challenging to stand out, but as a pioneer, Audi aims to set the bar high.

OLED light sources are panel radiators, and unlike point light sources such as LEDs which use semiconductor crystals, OLED lighting is extremely homogeneous. It’s also infinitely dimmable, provides very high contrast, and can be programmed to split into segments (i.e various designs, as seen above). 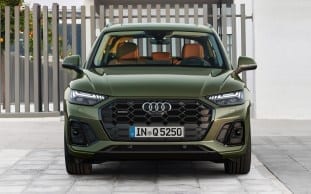 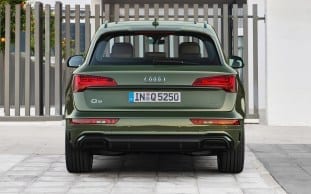 These segments are individually controllable in terms of graphical design and brightness intensity, with minimal gaps between the segments. There’s no need for reflectors or any form of fibre optics – all design elements are produced from the diodes themselves, making OLED units very efficient, lightweight, and flat. This enhances the designer’s creative freedom as well.

For instance, an OLED lighting element is just one millimetre thin, compared to conventional LED solutions with depths of up to 30 mm. These regular LEDs also use significantly more energy to achieve a desired level of homogeneity (premium car brands avoid LED hotspots like the plague).

As customers, you can now choose from three signature OLED tail light design when purchasing the new Q5. These lights will switch, graphically, when Dynamic drive mode is selected. There’s also animated light sequence for coming-home or leaving-home scenarios, because you know, flex. 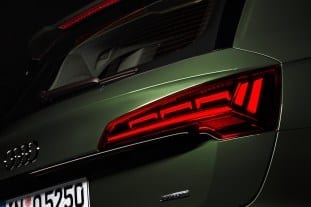 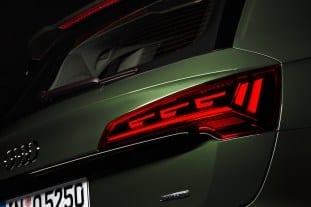 Thomas said: “Up to now, we have been using OLED segmentation with the Audi TT RS and A8 for designing signature lighting. This has changed with the Q5. Here the tail lights turn into a kind of display on the outer shell, which will provide us with ample opportunities and prospects in terms of design, personalisation, communication and safety going forward.”

Digital OLED can also be used as an extra safety feature. The new Q5s with OLED tail lights get an added proximity detection system which fires up the tail lights when other motorists are within or less than two metres behind. As you’re about to move, the OLED returns to its original light signature.

Audi said this is just an early example of its car-to-x communication. Other predefined warning symbols can be incorporated, but those are subject to legislative approval. Examples include using the OLED to display hazardous symbols such as slippery roads, or even to inform the vehicles behind that you’re stuck at the tail end of a traffic congestion. Pretty cool, huh?

Big victory for The Star at Medical Travel Media Awards 2021