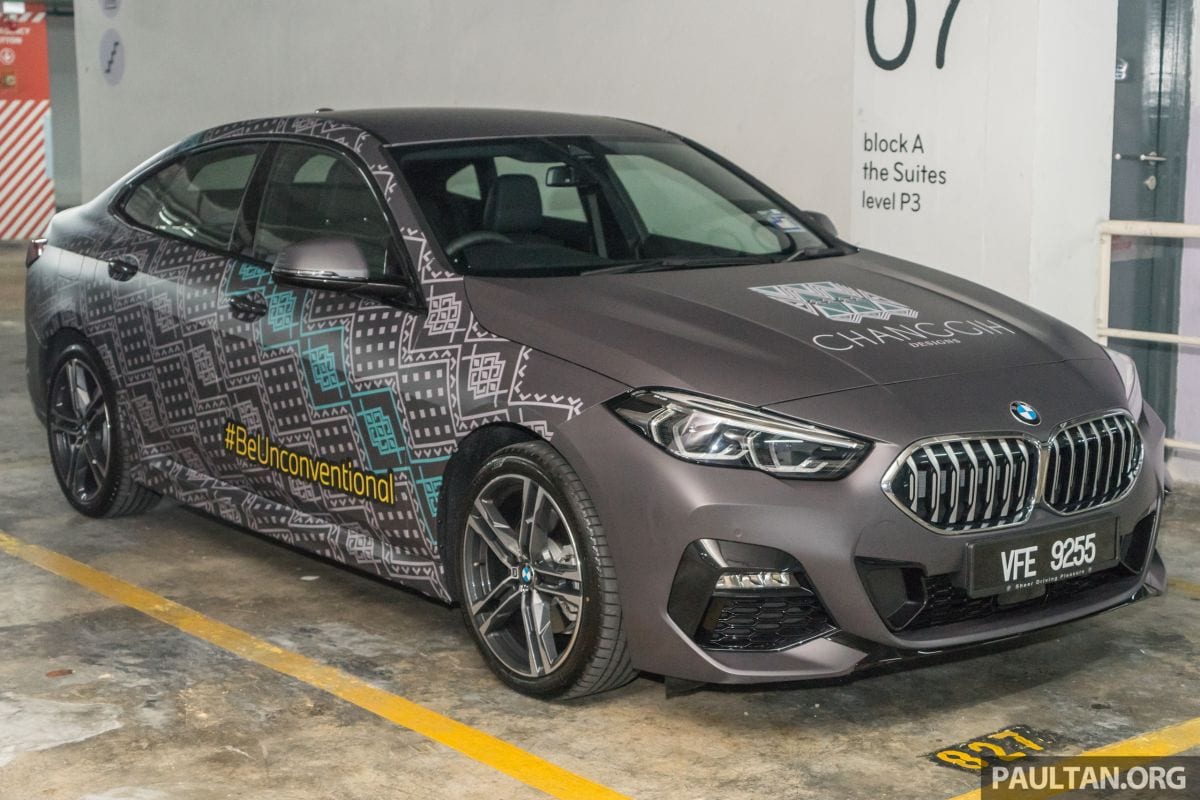 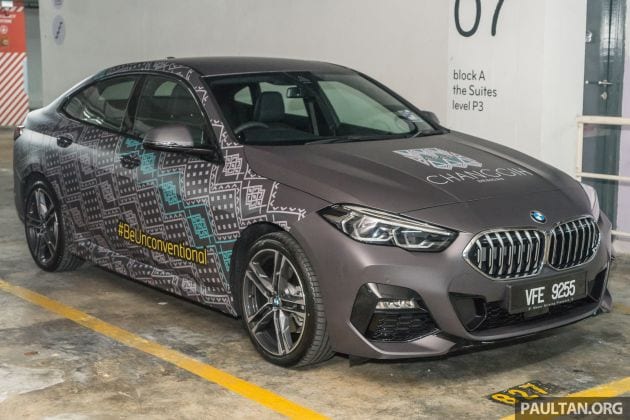 Adding to the horde of upcoming launches, BMW Group Malaysia will be introducing a new car here very soon. The company is previewing it in an unconventional manner – instead of putting it on display, it is driving the car around various locations in Kuala Lumpur for the public to spot, and it has brought it to our premises in Jaya One today for a sneak peek.

Even though the company will not explicitly say what car it is – and the fact that these particular units are wrapped in camouflage designed by local NGOs – its identity is glaringly obvious. It is, of course, the new BMW 2 Series Gran Coupé, a low-slung, four-door version of the new front-driven 1 Series.

No details have been revealed just yet, but judging by the spyshots we’ve seen, it looks like we’ll be getting both 218i and M235i variants. The single tailpipe of these cars denotes them as entry-level models, although they still come with the more aggressive M Sport kit. 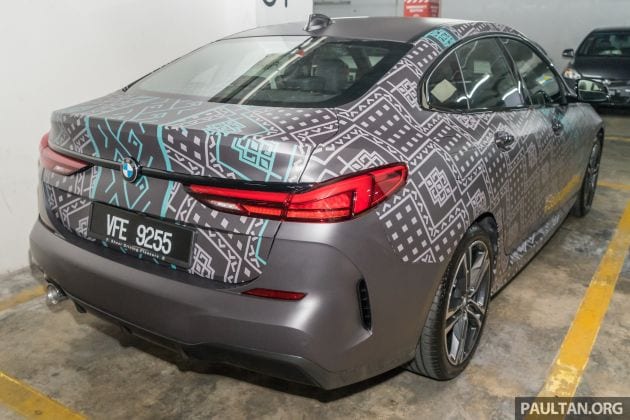 As far as we can tell, standard equipment on the 218i will include LED headlights and tail lights, LED fog lights, 18-inch double-spoke style 819 M alloy wheels, keyless entry, push-button start, dual-zone climate control (with rear air vents), power-adjustable sports seats with driver’s side memory, and the basic BMW Live Cockpit Plus infotainment system with an 8.8-inch touchscreen and an analogue instrument cluster.

And as with recent BMWs, the 218i Gran Coupé will come with the Driving Assistant package. This includes autonomous emergency braking, lane departure warning and blind spot monitoring with rear cross traffic alert. Despite what appears to be a radar sensor at the front, the car does not get adaptive cruise control. 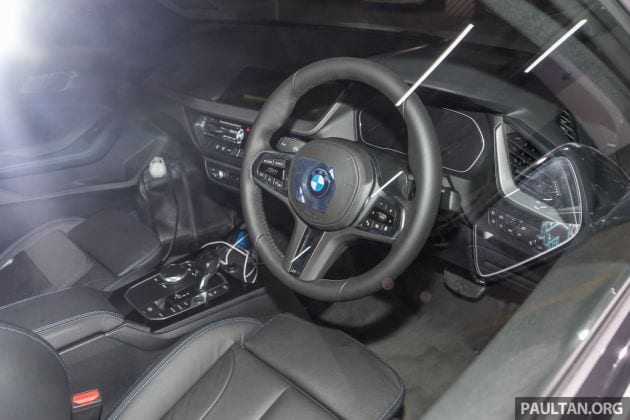 Exclusive: NATO approaches Qatar to seek training base for Afghan forces after withdrawal

Apple Watch users in Malaysia can now check their heart health with its ECG...