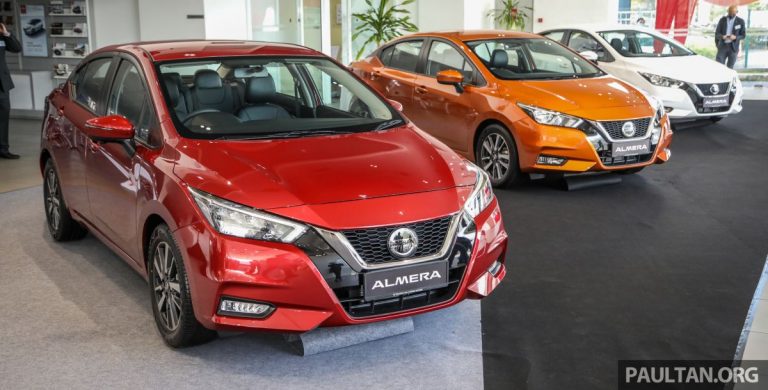 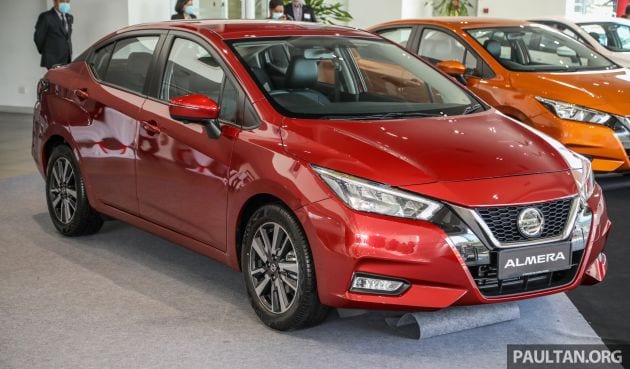 Edaran Tan Chong Motor (ETCM) has officially revealed full specifications of the 2020 Nissan Almera, doing so at a special preview of the car earlier today. Although an official launch date has not been finalised, it is expected to go on sale in October. The order books for the car will open from tomorrow, September 5, and it will be previewed at selected Nissan showrooms nationwide over two weekends (September 5-6 and 11-13).

We now know that the fourth-gen N18 – which made its ASEAN debut in Thailand last November – will officially be known as the Almera Turbo here. The car, which is locally-assembled, will be available in three variant forms. These are a baseline VL grade, a mid-spec VLP and a range-topping VLT, which were all shown at the preview.

The estimated pricing for the variants were also revealed, but are indicative ballpark sums for now – that for the Almera VL is RM8x,xxx, and the VLP is also in the RM8x,xxx region, but expectedly on the higher end of the range. As for the Almera VLT, the range-topper will be priced in the RM9x,xxx zone. 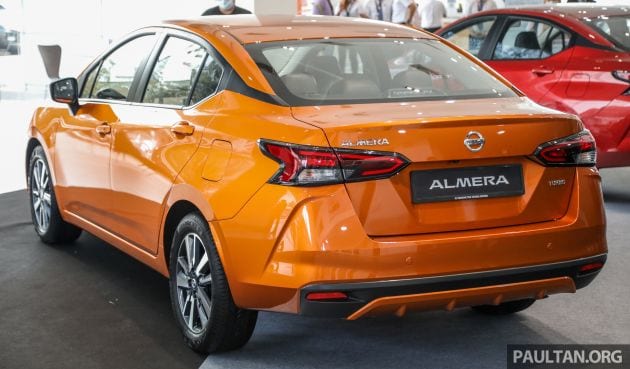 As it is in Thailand, all three variants will feature the same engine, and that’s a HR10DET (designated the HRA0 in Thailand) 1.0 litre turbocharged three-cylinder petrol engine offering 100 PS at 5,000 rpm and 152 Nm of torque from 2,400 to 4,000 rpm. The mill is paired with an Xtronic CVT with D-Step Logic and Sport mode, with power sent to the front wheels. 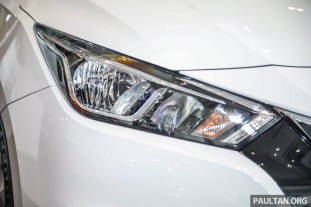 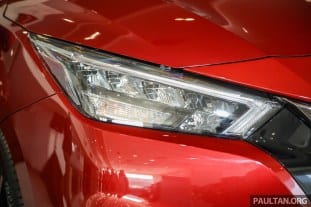 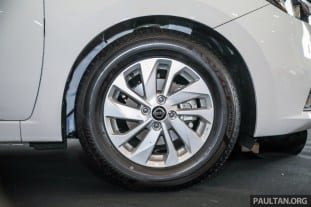 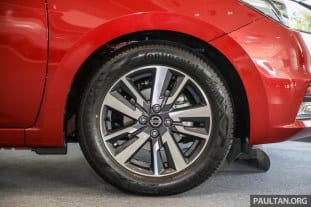 As revealed from previous spyshots, the Almera is fitted with LED tail lights and fog lamps across the model range, and the front lighting configuration also follows that as gleaned from the sightings of the car – the VL and VLP both come with halogen headlamps (auto on/off) and halogen daytime running lights and fog lamps. The VLT is the only variant to feature LEDs right through at the front (headlamps, DRLs and fogs).

Elsewhere, all variants also come with a in-glass radio antenna and body-coloured rear diffuser, with the VLT getting an additional gloss-black trunk lid spoiler. As for wheels, two different designs are offered for the Almera. On the VL, this is a 15-inch alloy unit wrapped with 195/65 profile tyres. The VLP and VLT, meanwhile, ride on machined two-tone 16-inch wheels shod with 205/55 rubbers.

In terms of specific kit, the VL gets front semi-bucket seats finished in fabric (with grey accents), manual air-conditioning, a four-speaker radio/USB audio system with auxiliary and Bluetooth connectivity as well as an urethane steering wheel.

The VLP increases the equipment levels to leather upholstery for the seats, auto air-conditioning and a dual-tone dashboard with a soft-touch instrument panel cover. There is also a six-speaker Nissan Connect Infotainment system with eight-inch touchscreen display and Apple CarPlay support, a leather steering wheel, a rear-camera and a full-colour seven-inch digital display on the instrument panel.

The VLT features the same level of specification as the VLP, but adds on cruise control and additional driver assist equipment. It’s the only variant to feature an Intelligent Around View Monitor (360-degree bird’s eye view) with Moving Object Detection, blind spot warning and rear cross-traffic alert.

Aside from that, the Almera is well equipped on the safety front across all three variants. The car comes with Vehicle Dynamic Control (VDC) and traction control, ABS, EBD, brake assist, two rear Isofix points as well as hill start assist.

The big news however is the inclusion of Intelligent Forward Collision Warning and Intelligent Forward Emergency Braking, which is also known as autonomous emergency braking (AEB), on the entire Almera range, with even the base model getting it. As for airbag count, the VL comes with two, while the VLP and VLT get six (front, side and curtain).

So there you have it, the full lowdown on the 2020 Nissan Almera Turbo from a specification point of view – all that’s left to reveal is the actual pricing and when it will officially go on sale.

Here’s a detailed breakdown of the specs: 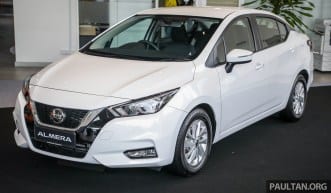 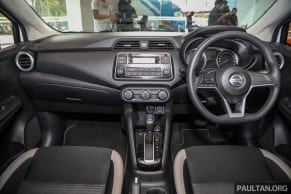 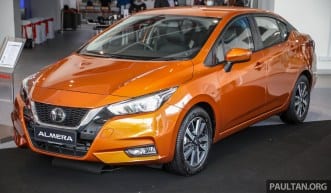 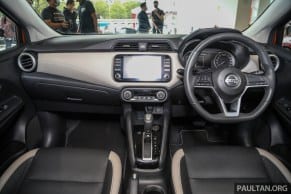 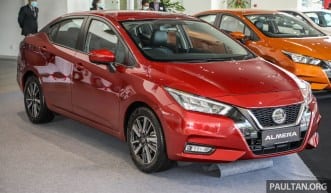 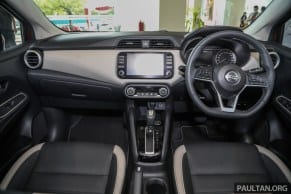 Six exterior colours are available for the Almera Turbo. They are: