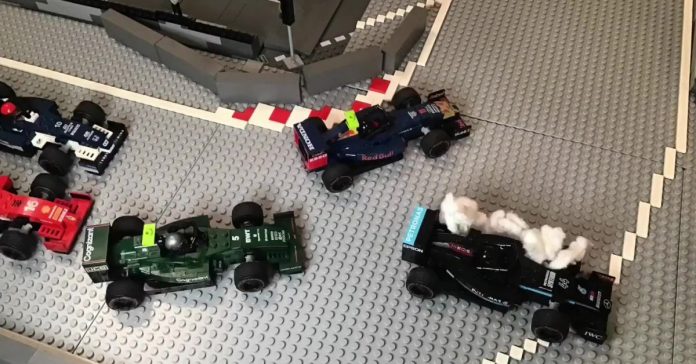 When it comes to Lego, there’s no limit to what you can create, and the folks over at The Moving Bricks are a perfect example of this. The YouTube channel has consistently posted stop motion videos that bring Lego bricks to life, and their latest work is undoubtedly entertaining.

The Moving Bricks’ video recreated the highlights of the recent Azerbaijan Grand Prix, which is the sixth round of the 2021 Formula 1 season. If you missed the race, Red Bull Racing’s Sergio Perez secured his second career win, but there was plenty of drama even before the chequered flag was waved.

From Aston Martin’s Lance Stroll’s and Max Verstappen’s tyre failures on lap 31 and 46, to a high-tension restart on the second to last lap of the 51-lap race, which saw Mercedes-AMG Petronas’ Lewis Hamilton lock up his brakes going into the first corner, many of the key events were recreated in Lego form.

So, if you have a few minutes to spare today and would like to watch something fun and made with a lot of effort, the 2021 Lego Formula 1 Azerbaijan Grand Prix is certainly worth a watch. The Formula 1 circus moves on to France for its seventh round at the Circuit Paul Ricard before a double header at the Red Bull Ring.

As it stands, this season will involve 23 Grand Prix taking place, although the schedule has seen revisions due to travel restriction brought on by the Covid-19 pandemic. Dropped races include the Chinese, Canadian, Turkish and Singapore Grand Prix, and round 16 has yet to receive a venue.

Russian families fall out over clashing views of war in Ukraine

Ukraine calls on Chinese drone maker to stop use by Russia

Chinese fans of ‘Friends’ angry after show re-released with censorship