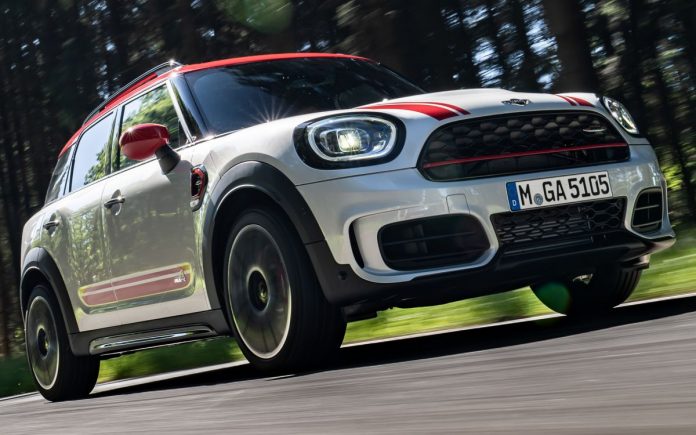 Along with the MINI John Cooper Works 3 Door, MINI Malaysia has also introduced the JCW version of the facelifted Countryman today. This hot crossover comes just over four months after the launch of the cooking variants, receiving the same minor redesign inside and out.

Priced at RM375,493 on-the-road without insurance, the JCW is nearly RM19,000 more expensive than before, although it comes with some extra kit as standard. That figure, in case you were wondering, is inclusive of the sales and service tax (SST) rebate and a two-year, unlimited-mileage warranty; include the five-year warranty and service package and you’re looking at a bill of RM383,463. The aggressive triple-intake front bumper remains unchanged, as do the deep side skirts, twin exhaust pipes and a sizeable tailgate spoiler. The JCW also comes with a red roof, red door mirrors, red bonnet stripes and 19-inch Circuit Spoke two-tone alloy wheels, the latter shod with run-flat tyres and hiding larger brake discs measuring 360 mm at the front and 330 mm at the rear.

Inside, the JCW gets a new five-inch digital instrument display from the electric Cooper SE 3 Door and flat gloss black bezels and buttons above and below the 8.8-inch centre touchscreen. Unique JCW touches include heavily-bolstered JCW sports seats upholstered in Carbon Black leather and Dinamica microfibre, as well as a thicker Nappa leather-wrapped steering wheel and gloss black dash trim with a red accent strip. Police beefing up at borders from April 1