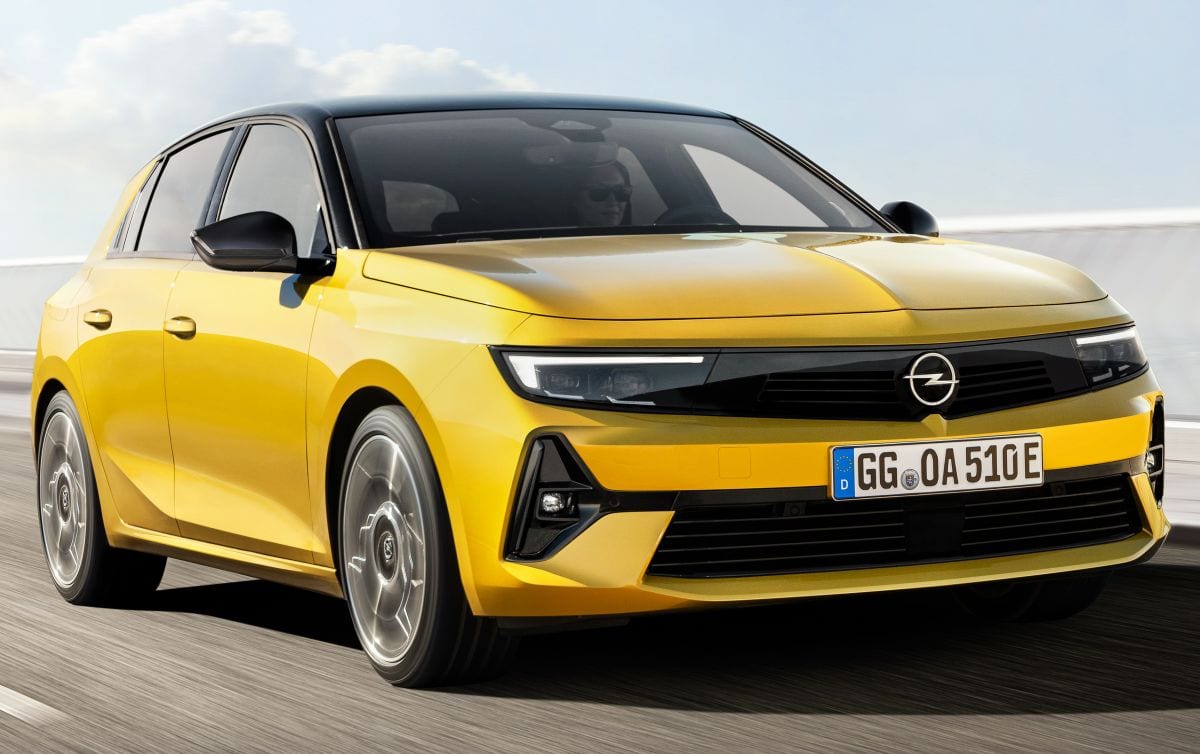 It wasn’t long ago that the future of the Opel brand was uncertain, plagued by mounting losses and an uncompetitive model lineup. Having since been picked up by Groupe PSA (now Stellantis) and turning its first profit in nearly two decades, the German carmaker is now in a position of strength, and its newfound confidence is palpable in the renewal of arguably its most recognisable model, the Astra.

The C-segment hatchback is now based on the same Efficient Modular Platform (EMP2) as the Peugeot 308, meaning that it shares its 2,675 mm wheelbase (13 mm longer than before) and its length (+4 mm) and width are mere millimetres from those of the French car. But you won’t be able to find any similarities on the outside, as the Astra adopts Opel’s distinctive design language, first seen on the new Mokka.

Front and centre of the car is the Opel Vizor gloss black graphic that spans the entire width of the car, incorporating the LED headlights and wing-shaped daytime running lights. The lamps, by the way, are optionally available with Intelli-Lux matrix technology, featuring 84 diodes on either side. The Visor is combined with the prominent bonnet crease to form what Opel calls the Compass.

Along the side, the heavily-creased front and rear fenders add to the Astra’s muscular stance, while the forward C-pillar rake gives off a hint of dynamism to the side profile. Moving to the rear of the car, there are slim L-shaped taillights and a vertical third brake light that echoes the bonnet crease. The latch for the composite tailgate is hidden within the Blitz logo. Step inside and you’ll find a modern angular cabin, albeit one with a more conventional layout compared to the Peugeot’s divisive i-Cockpit. That’s not to say it’s boring, however, with the driver fronted by an angled freestanding Pure Panel that holds two ten-inch displays and the driver’s side air vent. A head-up display and a 360-degree camera system are also available.

Opel has prided itself on retaining some level of physical switches for key features like climate control, as opposed to the 308’s full touch interface. Some elements have been lifted from its sibling, however, such as the steering wheel button layout and the toggle-style gear selector on automatic models. Natural voice control and wireless Apple CarPlay and Android Auto connectivity come as standard.

The Astra’s front seats, which sit 12 mm lower than before, are certified by Germany’s Campaign for Healthy Backs (AGR) and are available with electric position and lumbar adjustment and heating, ventilation and massage functions; Nappa leather and Alcantara upholsteries are also offered. Boot space measures an ample 422 litres, a significant increase over the old car’s 370 litres.

As expected for a new car in 2021, the Astra is available with Level 2 semi-autonomous driving capabilities as part of the new Intelli-Drive 2.0 system, which adapts the speed to corners on the road, makes speed recommendations and performs semi-autonomous lane changes. This augments the features of the 1.0 system, including lane centring assist, long-range blind spot monitoring and rear cross traffic alert. The Astra is offered with the same petrol and diesel engines as the 308 – a 110 PS or 130 PS 1.2 litre PureTech turbocharged petrol three-cylinder and a 130 PS 1.5 litre BlueHDi four-pot turbodiesel, mated to either a six-speed manual gearbox or an eight-speed automatic.

Plug-in hybrid variants are also available, pairing the ubiquitous 1.6 litre Prince turbo four-pot with an electric motor to produce up to 225 PS. Opel has not released much in the way of specifics for the PHEV models, but for your reference, the 308’s 12.4 kWh battery provides an all-electric range of up to 60 km.

Despite the new underpinnings, the Astra retains a front MacPherson strut and rear torsion beam suspension setup. Torsional rigidity, however, has gone up by 14%, and Opel claims the chassis has been tuned for Autobahn high-speed driving, with good yaw control, stability and braking performance. The company is opening bookings for the car in the autumn, with deliveries kicking off early next year.