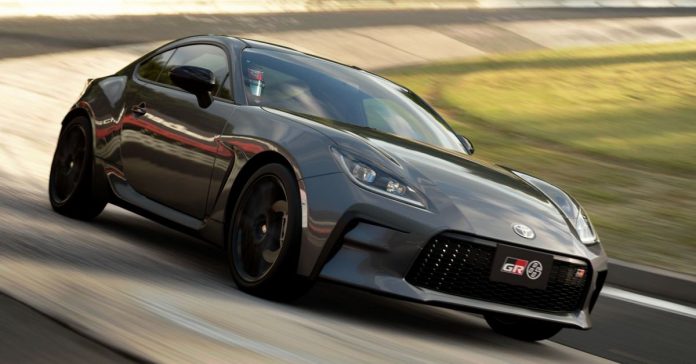 The next instalment in the Gran Turismo franchise won’t arrive until next year, which gives us plenty of time to wait for the PlayStation 5 to be in stock again. In the meantime, Polyphony Digital is continuing to issue updates for the current Gran Turismo Sport, with the latest already being rolled out to players around the world.

Update 1.66 sees the addition of the Toyota GR 86 to an already extensive list of cars, including the previous 86 (or GT86) that was available since the game launched in 2017. Like the 86 and its sister car, the first-generation Subaru BRZ, the newer GR86 sits in the N200 category. Curiously, the second-generation BRZ is not part of the update, although we expect it to be added in soon.

As with other cars in the game, the digital version of the GR86 accurately captures the new shape of its real-life equivalent. This includes the “Matrix Grille” at the front, teardrop-shaped headlamps, functional side vents and ducktail spoiler at the rear. Fans of the interior driving camera will also enjoy a faithful recreation of the GR86’s cabin, minus the touchscreen head unit.

The GR 86, along with the GR Supra, GR Yaris and other Toyota models, will feature in the Toyota Gazoo Racing GT Cup (TGR GT Cup), which is a new global series that began in April and will continue until December this year. Participants will take part in several qualifying rounds throughout the event period, with a final round to be decided later on.

Golf: Golf-Morikawa arrives in Hawaii with eye on world number one ranking

Artroniq gets UMA query over spike in share price, volume

All for one and one for all

Cricket: Cricket-Australia all out for 391 in Lahore