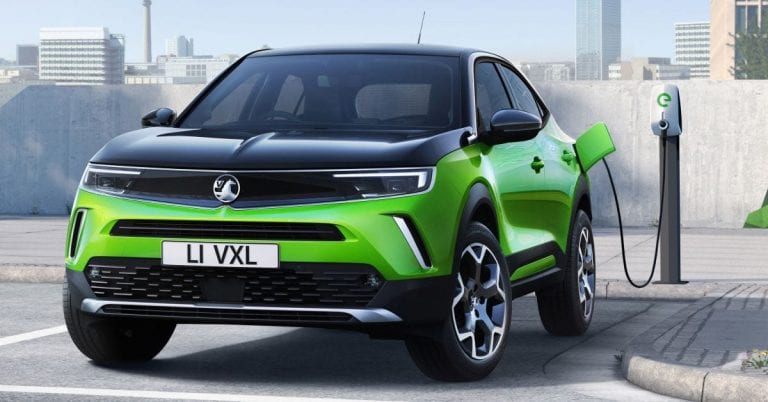 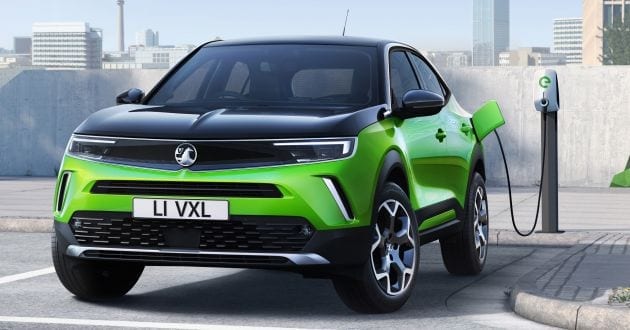 Say hello to the second-generation, all-new Vauxhall Mokka. The British compact crossover has been completely overhauled, and for the first time there is a full electric Mokka-e variant on offer as well.

Built on the bones of the PSA Group’s Common Modular Platform (CMP), the new Mokka weighs up to 120 kg less compared to its predecessor, and torsional stiffness is up by 30%. Vauxhall says this makes the Mokka more agile and fun to drive.

In terms of dimensions, the crossover’s overall length is 4,150 mm, or about 125 mm shorter than before thanks to the reduced overhangs (-61 mm up front and -66 mm at the back). It’s also 10 mm wider and has a 2 mm longer wheelbase, whereas boot space remains unchanged from before at 350 litres.

The new Mokka will be offered with a number of petrol and diesel engines, but those have yet to be detailed – Vauxhall chose to highlight the Mokka-e instead. It gets a single electric motor that generates 136 hp (100 kW) and 260 Nm of torque, with electrical juice coming from a 50 kWh battery mounted beneath the floor. 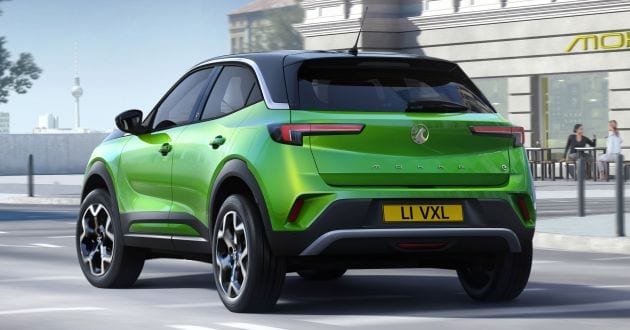 The automaker claims a full charge will yield 320 km of range, and to maximise the driving range, the top speed is electronically limited to 150 km/h. The century sprint time hasn’t been revealed, though.

For charging, the Mokka supports up to 100 kW DC fast-charging, which charges the car from flat to 80% in 30 minutes. It can also be plugged into single-phase or three-phase 11 kW AC chargers. The battery is backed with an eight-year warranty.

Design-wise, it’s the first Vauxhall model to wear the new Vizor face. The Vizor encases the brand’s latest IntelliLux LED matrix headlights with wing-type LED DRLs, and is punctuated with the Vauxhall Griffin badge in the middle. The Vizor theme was invented by design boss Mark Adams and his team, and it will be featured on all Vauxhall models moving forward.

This particular Mokka-e gets a unique two-tone black on green finish, and a chrome strip highlights the upper contours of the window surrounds. It sits on 18-inch dual-tone five-spoke alloys, while the tail lights get the similar wing-type LED motif as the DRLs. Interestingly, Vauxhall chose to use a bee-sting antenna instead of the more modern alternatives. 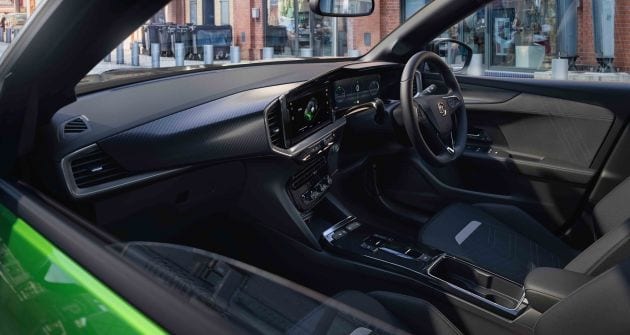 It’s also the first model to get the automaker’s next-generation Pure Panel fully digital cockpit. Instead of using fancy animations that clutter the displays, the Pure Panel is “detoxed” (Vauxhall’s exact choice of word), displaying only the bare essentials. Range-topping models get a 12-inch instrument panel that’s connected to a smaller 10-inch infotainment display in the middle, the latter deliberately tilted towards the driver.

Features include Apple CarPlay and Android Auto support, VauxhallConnect services, and a wireless smartphone charging tray. The centre console is clean and has no protruding elements, thanks to the use of electronic parking brake, electric gear lever, and low-profile switchgears. There’s also two cubbies which double as a large storage bin.

Other amenities include six-way power adjustable seats with a choice of Alcantara or full leather upholstery, as well as the optional, driver-only heated leather seats and massage function.

For safety, the Mokka gets adaptive cruise control with stop-go function, active lane positioning system, 180-degree panoramic rear-view camera, traffic sign recognition, and more. All variants of the Mokka will get LED lights as standard, but owners can choose to upgrade to the most advanced IntelliLux Matrix unit.