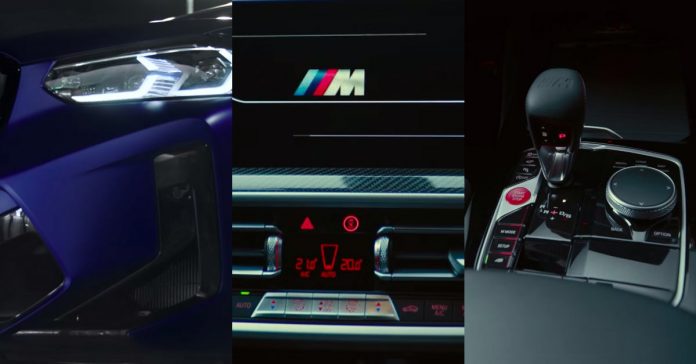 With the way the facelifted G01 BMW X3 is leaking like a colander, it’s clear that the refreshed SUV will be revealed sooner rather than later. This has now been confirmed by Munich itself, which has released a film trailer-style teaser for the high-performance F97 BMW X3 M and its F98 X4 M sibling.

The video is just 26 seconds long but shows quite a bit of the design of the two cars, including the new front end design with a revised hexagonal front air intake and distinctive L-shaped corner inlets. We can also see the new three-dimensional hexagonal-shaped daytime running lights shown in the leaked images.

As for the rear end, we can’t really see much because the sole shot of the X3 M has been intentionally blurred. However, we are expecting to see new 3D taillights as on the leaks, plus a revised diffuser design. As for the X4 M, it should retain the slim L-shaped taillights of the outgoing model.

Notably, unlike the facelifted 5 Series, 6 Series Gran Turismo and 7 Series, which retained their basic interior designs, the X3 and X4 will get a new dashboard in a similar style to the 3 and 4 Series. It features a more angular design with hexagonal-shaped air vents and repositioned switchgear,

Expect the X3 and X4 M to feature the same S58 3.0 litre twin-turbocharged straight-six as before, producing 480 PS and 600 Nm of torque in base form and 510 PS in Competition spec. They will also almost certainly get an identical eight-speed automatic gearbox and M xDrive all-wheel drive system.

Asia shares mixed, dollar steady ahead of US inflation