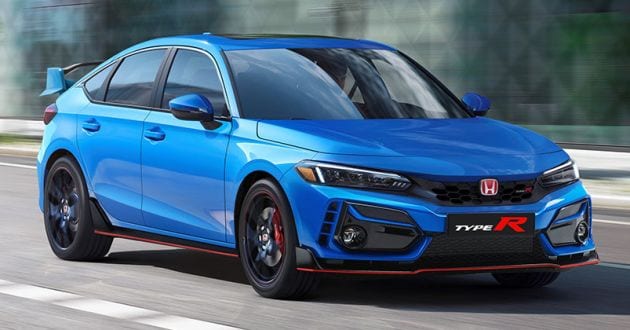 When Honda revealed the latest Civic Hatchback last month, it confirmed that a Type R variant will only be revealed in 2022. With some time to go until the new year, renderings of what the hot hatch could look like have begun surfacing on the internet.

The ones you see here are the work of KDesign AG, which previously rendered the new Civic Sedan prior to its official debut. The design approach taken involved is pretty straightforward, as the new Civic Hatchback is used as the base before being incorporated with styling elements of the current Type R.

The end result is a car that sports familiar front and rear bumpers, although we expect the final design that Honda comes up with to differ from what’s been rendered. This is based on spyshots of Civic Type R prototypes undergoing testing, which also feature a smaller wing with a different design compared to the prominent one currently. A side note is the imagined model lacks the vented bonnet of the outgoing Type R.

Given Honda’s new subdued styling approach for the new Civic range, it’s likely that the new Type R won’t be as over-the-top in the looks department compared to its predecessor, so these renders should be taken with a pinch of salt. Honda will not be so restrained when it comes to performance, as it wants the Civic Type R to be the best hot hatch possible to fend off rivals on the road. Extra rigidity from the 11th-generation Civic’s platform will help in the handling department, while under the bonnet, several reports indicate a lot more power on tap.

The current model uses a K20C1 2.0 litre turbocharged four-cylinder engine that makes 320 PS (306 hp) and 400 Nm, paired exclusively with a six-speed manual. The latter has been confirmed to return for the new car (#savethemanuals), but the engine is still a mystery. Some rumours suggest an upgraded version of the K20C1, while others claim the adoption of a hybrid all-wheel drive system with three electric motors for 400 PS (394 hp).

A hybrid system would add complexity and weight, which could detract from the Civic Type R’s ethos. More power and the use of additional lightweight materials would seem to be a better fit, but with stricter emission standards, Honda might not be able to keep electrification away from its hot hatch.

KLCI sinks deeper into the red at mid-afternoon