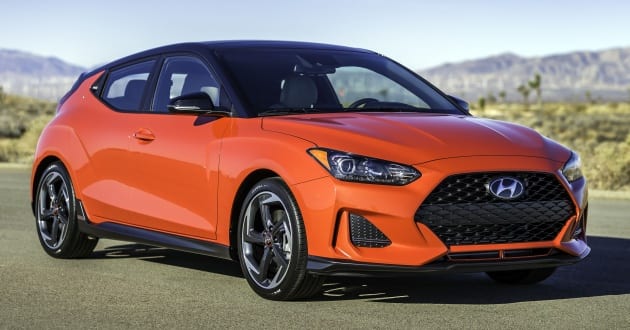 Hyundai has officially trimmed the Veloster line-up in the US for 2022, offering only the range-topping Veloster N instead. Models that didn’t make the cut include the Veloster 2.0, 2.0 Premium, R-Spec, Turbo and Ultimate variants.

The move is due to the automaker’s expanding SUV line-up in the US, which includes the Venue, its smallest SUV, and the Kona facelift. The Veloster N, meanwhile, will be carried over as is, with no changes made to its equipment list.

Powering the hot hatch is a 2.0 litre Theta T-GDI turbocharged engine that makes 275 hp and 353 Nm of torque. The latter can be temporarily raised to a maximum of 378 Nm for 20 seconds in N Grin Shift (NGS) mode, and also increases the transmission’s responsiveness for the same duration. When equipped with the in-house developed eight-speed DCT, it will do the zero to 100 km/h sprint in 5.6 seconds, or 0.5 seconds quicker than with the six-speed manual.

Models equipped with the 8DCT also get revised suspension with uprated springs, bump stops, dampers, anti-roll bars and camber. These are needed to compensate for the 50 kg in extra weight, as well as the resulting change in weight balance. The optional Alcantara N Light Sports Bucket seats can be specified, weighing two kilogrammes less than regular seats.

Want to enjoy Guinness Draught at home? It is now in a can, so...