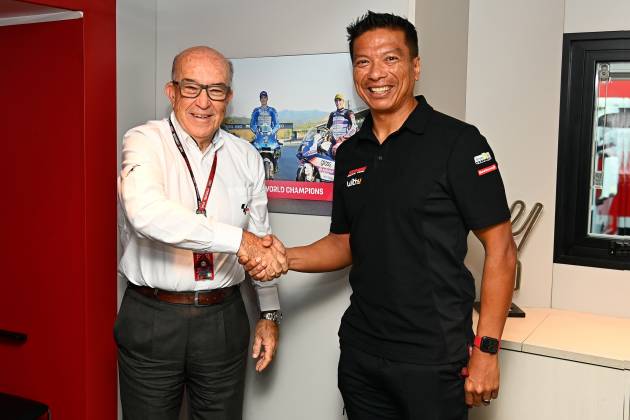 After withdrawal of Malaysian national oil company Petronas sponsorship in all forms at the end of 2021, Sepang Racing Team (SRT) will continue competing next season under the name RNF MotoGP Racing. The new team has signed a five-year participation agreement with the International Road-Racing Teams Association (IRTA) to compete as an independent team in MotoGP till 2026.

However, no announcement had yet been made as to who the new sponsor, or sponsors of RNF MotoGP Racing might be, or which manufacturer’s race machine it will be campaigning. Speculation in the paddock says Yamaha might possibly be involved in supplying YZR-M1s for a second privateer Yamaha team considering RNF team manager Wilco Zeelenberg’s relationship with Yamaha Factory Racing.

For the current SRT setup, rider Franco Morbidelli has already made the move to Yamaha Factory Racing, replacing Maverick Vinales who was let go from his contract mid-season and made his factory team debut at the Misano Grand Prix over the weekend. Valentino Rossi announced his retirement from the sport and at Misano, was racing with Andrea Dovizioso who was sitting out the 2021 MotoGP season after losing his seat at Ducati before receiving a call up from SRT.