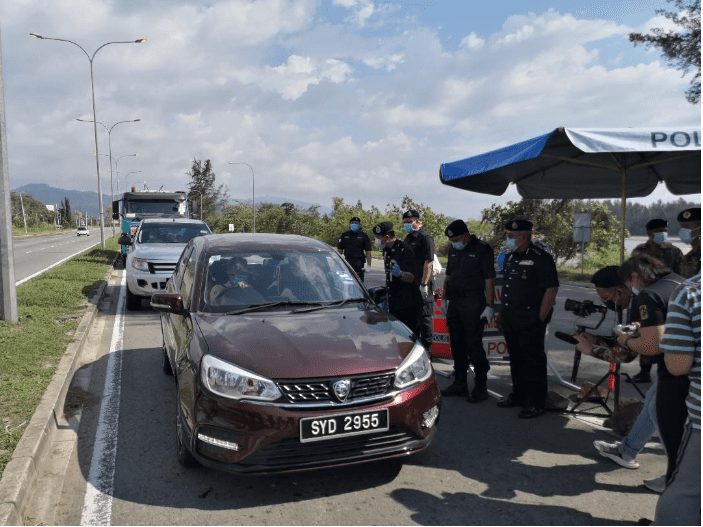 PUTATAN: Police have detained 28 people within the first three days of the third phase of movement control order (MCO) in Penampang.

District police chief DSP Haris Ibrahim said 20 of those detained were made on April 16 and eight yesterday, April 17.

The were detained for violating the MCO by going out from their homes and being at public places without any valid reason.

“As a result, we detained them and they will be charged under the Police Act and the Prevention and Control of Infectious Diseases Act 1988,” he said when met at a police roadblock along Jalan Lok Kawi, near Kampung Meruntum here yesterday.

The third phase of the MCO was implemented on April 15 in an effort by the government to fight the Covid-19 pandemic.

Meanwhile, Haris said residents from Sabindo and Kinarut who had no business to attend in Penampang or Putatan would be asked to turn back.

He said this was to ensure everyone abides by the MCO, among which to prevent movement from district to district.

“If they have no business in Penampang, Putatan or even in Kota Kinabalu, we will ask them to turn back.

“They can do their shopping for groceries or banking in Kinarut or in Papar,” he said.

Haris said the scams were committed not long after the MCO was in force on March 15, with both cases involving losses of RM8,594 for face mask and RM525 for hand sanitizer.

He therefore reminded the public to be careful when buying things through online.

Asean to benefit from China’s inclusion in CPTPP

‘The Bad Guys’ review: A good take on bad guys that do good