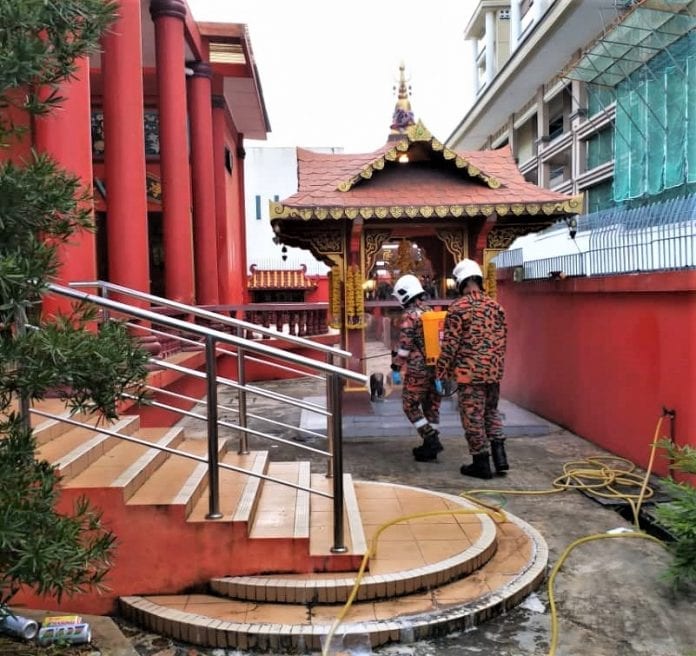 KUCHING: A total of 533 premises have been sanitised statewide since March 30.

Some 7,390 personnel were involved in carrying out the operations.

In Sibu, the Land and Survey Department and Iban Methodist Church were sanitised by 34 personnel early yesterday.

Fifteen personnel carried out sanitisation work on a bus that was used to transport students from Universiti Malaysia Sarawak (Unimas) to Bintulu, while three personnel sanitised a bus with students from Labuan to Miri. The Sri Krian Community Hall in Saratok was sanitised by five personnel.