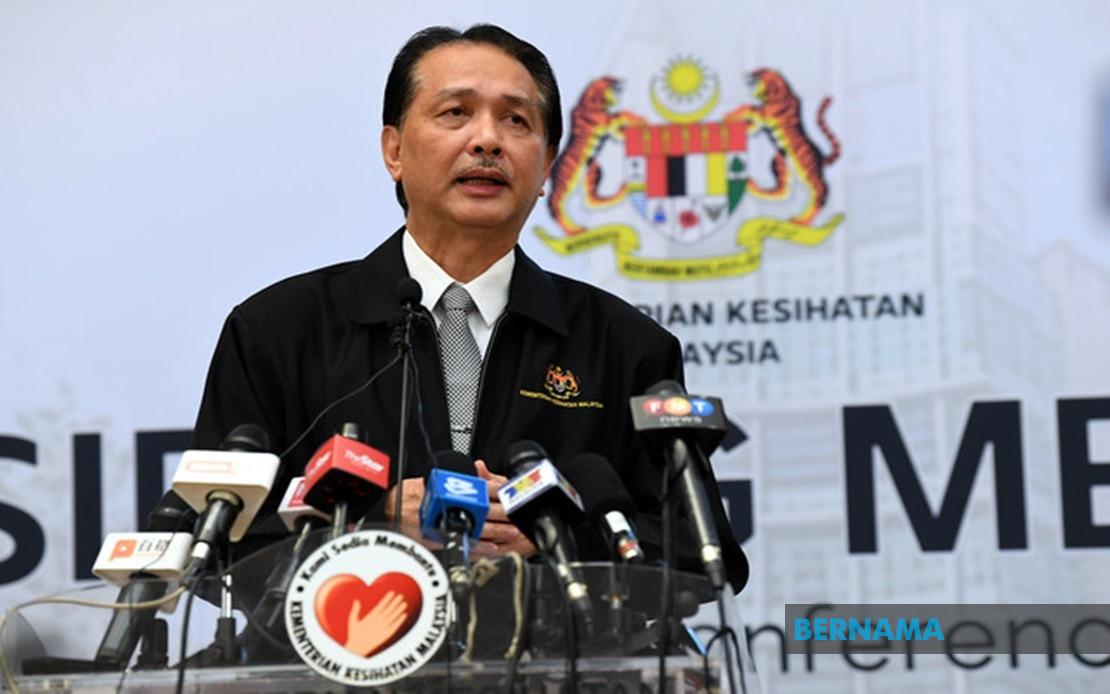 He said this brought the cumulative figure for Covid-19 cases to 7,245.

“The number of active Covid-19 cases with infectivity is 1,185. Of the 60 new cases reported, seven are imported cases who were infected overseas.

“Of the 53 local transmissions, 44 cases are foreigners, including 27 at the Immigration Detention Centre (DTI) in Semenyih and six from a new cluster at the DTI in Sepang,” he said in a statement here today.

Dr Noor Hisham said another 33 cases had recovered and were discharged today, bringing the total number of recoveries to 5,945, or 82.1 per cent of the positive cases.

He said no fatalities were reported, keeping the death toll at 115, or 1.59 per cent of the total number of positive cases.

Nine patients were being treated in the intensive care unit, including four who require ventilator support, he added.

Dr Noor Hisham reminded the people that even as they were celebrating Hari Raya Aidilfitri today, many frontliners had to be on duty in the fight against Covid-19.

“If previously the people have been depending on the frontliners to contain the spread of Covid-19, now the frontliners are banking on society to play a bigger role in the battle against Covid-19,” he said.

He said the frontliners were hoping that all Malaysians would fulfil their social responsibility by practising self-discipline to adhere to the standard operating procedure for this festive period.

He said that by embracing the new normal, all quarters could play their part to curb the spread of the deadly virus during and after the festive celebration. – Bernama