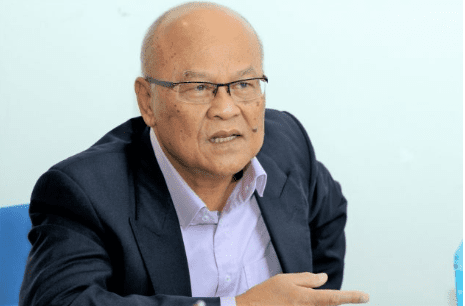 KUCHING: The state government is urged to reconsider its decision in allowing food vendors to operate until 10pm during the movement control order (MCO) with the idea of allowing takeaway food sales during Ramadan.

Chairman of Kota Samarahan Municipal Council Datuk Peter Minos noted that most people are against the extension of business time which is currently from 7am to 7pm.

Tourism, Arts and Culture Minister Datuk Abdul Karim Rahman Hamzah announced on Wednesday that although all businesses in Sarawak must close from 7pm to 7am in line with the MCO, exception was given to food business to open until 10pm for Ramadan.

“I think by now, after over one month of MCO, people have come to terms with it for reasons of personal safety and also for the state and country, as they have fully accepted and embraced the reasons, along with logic behind it, thus got used to it.

“So why extend MCO daily timing? Why disturb the show midway? Why extend and take risks?

“Why extend for three hours and possibly creating crowds and getting more infections?” Minos asked in a press statement yesterday.

He stated that many people have believed and accepted that the MCO was absolutely necessary as there is as yet no vaccine against the highly contagious and deadly Covid-19 virus.

“Most people here in Kota Samarahan, a red zone, told me that if not for the MCO, death through Covid-19 is a threat facing everybody. Hence, they have full faith in the MCO even though it is hugely inconvenient and disorienting.

“As many of them told me — ‘MCO is our only weapon now against Covid-19’, and I fully agree with that,” he added