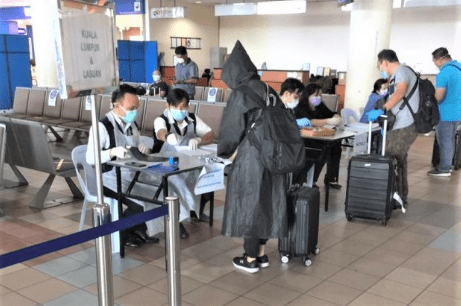 MIRI: The Disaster Management Committee here confirmed that 94 people had been quarantined in two hotels.

Twenty-six of them arrived at Miri Airport from Labuan while 68 had flown in from Kuala Lumpur.

“To date, six hotels in Miri have confirmed their willingness to serve as quarantine centres for those from outside Sarawak arriving at Miri Airport,” said Transport Minister Datuk Lee Kim Shin.

“The passengers comprised asymptomatic and non-risk individuals, and screenings are based on Health Ministry procedures were performed before the passengers were placed at hotels designated as quarantine centre for 14 days,” he said after chairing the committee meeting yesterday.

He noted that the six hotels had a cumulative capacity of 700 rooms.

“In line with the Sarawak government’s efforts to break the Covid-19 chain and to comply with the movement control order, we have restricted the number of flights from outside Sarawak into Miri.

“Flights from Labuan to Miri are restricted to three times a week (Monday, Tuesday and Wednesday).

“Flights from Kuala Lumpur to Miri are only on Thursdays and Sundays,” Lee added.

John Sabraw is Turning Acid Mine Pollution Into Paint