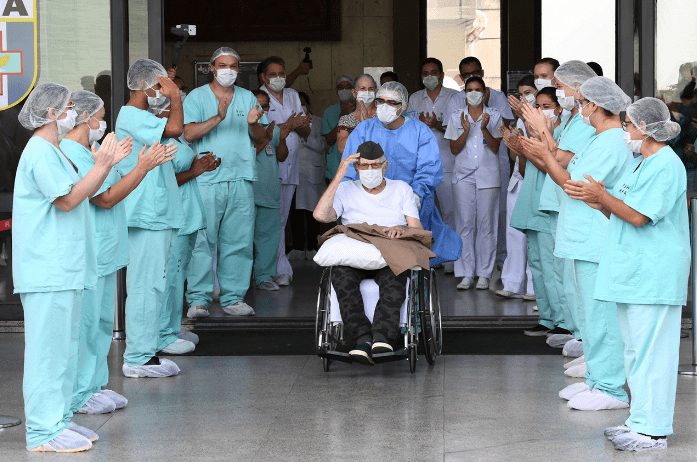 BRASÍLIA: A 99-year-old World War II veteran in Brazil was released from hospital with military honours Tuesday after recovering from the coronavirus.

Second Lieutenant Ermando Piveta, who served in the Brazilian artillery in Africa during the Second World War, was brought out of Brasilia’s Armed Forces Hospital to trumpet music and applause.

Wearing an army-green side cap, he raised his arms in the air as he left after eight days as a patient.

“It was a tremendous fight for me, greater than in the war. In war, you kill or live. Here, you have to fight in order to live, and you leave this fight a winner,” said Piveta.

He served in the Brazilian fourth artillery regiment soon after the country entered the war on the side of the Allies, the army said.

Piveta returned home with his regiment to defend Brazil from an Axis invasion that never was.

“He won another battle, this time against the new coronavirus,” the military said in a statement, adding Piveta was released on the 75th anniversary of Brazil’s successful campaign in Montese, Italy.

Piveta’s nation is the hardest-hit country in Latin America by the coronavirus pandemic with 1,532 deaths so far, according to the Johns Hopkins University tally. — AFP