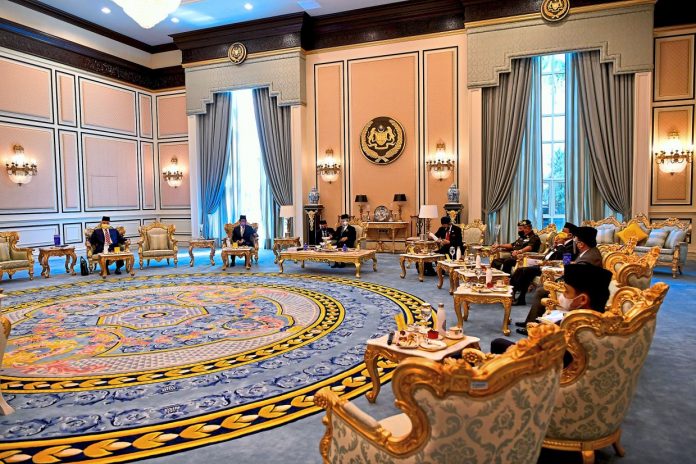 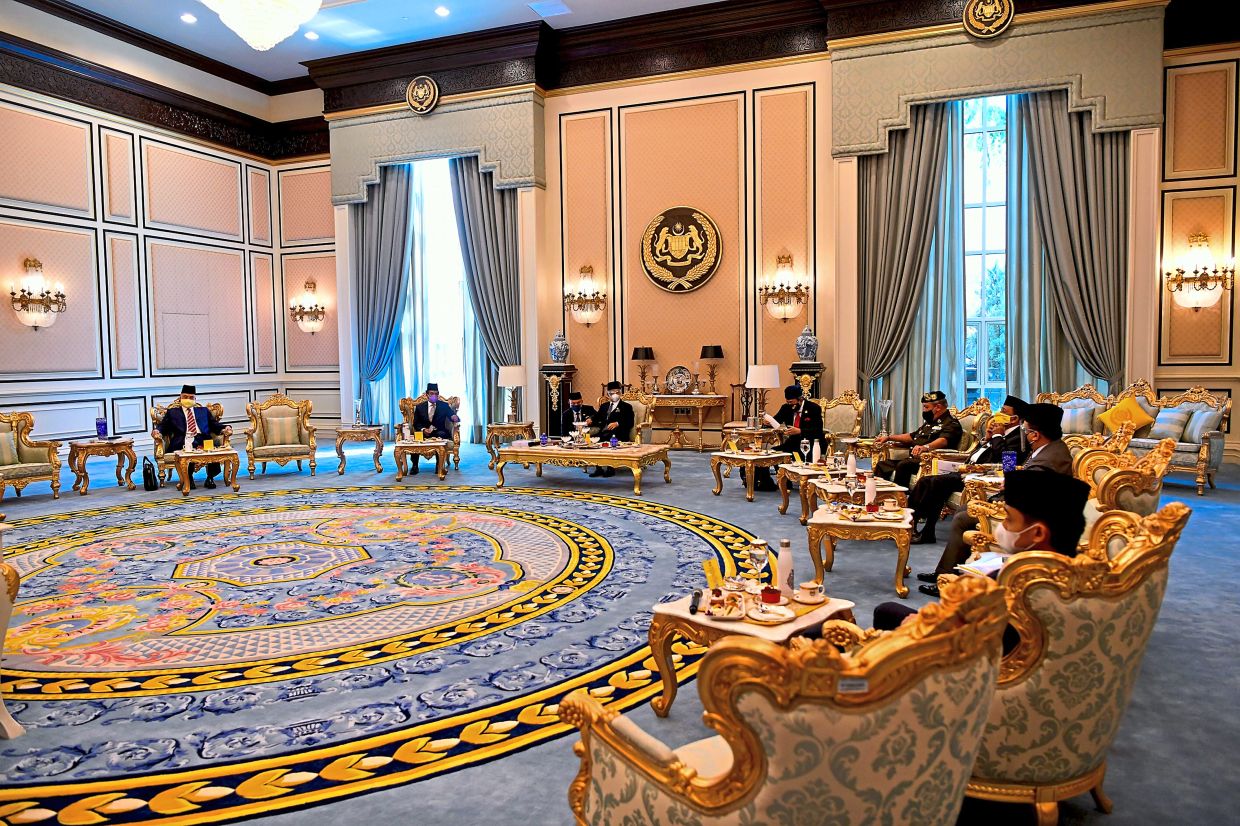 IT was 7pm on Wednesday when the Rulers concluded their meeting with the Yang di-Pertuan Agong at Istana Negara.

The special meeting of the Rulers started at 2.30pm and most of them spoke openly and candidly.

This was not a scheduled Conference of Rulers, which would have included the Yang di-Pertua Negeri, in the presence of the mentris besar and chief ministers.

This time, it was just the Malay Rulers.

On their minds were four main issues: the Emergency which ends Aug 1, the Covid-19 pandemic, the vaccination exercise, and Parliament.

It was clear they wanted the Parliament to reconvene as soon as possible although no date was mentioned.

In the statement issued after the meeting by the Keeper of the Rulers’ Seal, Tan Sri Syed Danial Syed Ahmad, the Malay Rulers declared that there was no need to place the country under the Emergency beyond Aug 1.

The Rulers concurred with the view of the King that Parliament should reconvene as soon as possible.

“The Rulers are also of the view that state legislative assemblies can reconvene soon, ” the statement added.

But they clearly understood their roles: in a constitutional monarchy, Rulers cannot encroach into politics. Meaning, Rulers cannot force Parliament to meet, and neither could they fix a date. This has to come from the Prime Minister.

Still, it would not be wrong to say that some of the Rulers have not been happy with political developments in the country.

The keywords in their statement, which some media missed or felt were not important, were this: “The Rulers concur that lives and livelihood must be given priority above other matters.” By that, it meant the endless politicking of politicians, as well.

One or two have privately expressed their disdain at the level of political manoeuvring, attempts at a power grab, and pushes for an immediate general election.

Syed Danial said the Rulers agreed that the political temperature in the country needed to be brought down, and that it was important to have a stable government which has the support and confidence of the majority of the people.

“The Rulers concur that lives and livelihoods must be given priority above other matters and for the vaccination drive to be ramped up by minimising bureaucracy, so that 80% of the population can be inoculated to achieve the targeted herd immunity quickly, ” he said, adding that the Rulers also wanted measures to tackle the Covid-19 pandemic to be inclusive and involve various stakeholders.

While the Rulers merely said that Parliament should meet “as soon as possible, ” they are also well aware of the provisions, in that the Speaker must give a minimum of 28 days’ notice.

Upon receiving the notice from the PM, the Secretary of the House would then proceed.

The MPs must then be given 10 working days to submit questions and at least 14 days for any motions.

There would also be a need to facilitate travelling plans for MPs to gather, as the country is still under a ban on interstate and inter-district travel.

Since it is possible that this meet of MPs would be a new session, the PM would then have to seek the advice of the Yang di-Pertuan Agong on his availability as he would need to address Parliament, as is done every start of the annual parliamentary meeting.

But there is also a provision which stipulates that the PM can call for a special meeting of the Parliament by merely writing to the Speaker to inform him of the need.

In this case, it is for a specific reason, and the PM will decide on the agenda. It would most likely be a short meeting and almost certainly, would be criticised by MPs.

So, when Tan Sri Muhyiddin Yassin suggested that Parliament can only convene in September or October, he was not far off the mark, but he has come under fire because he did not explain the rationale behind it.

Given the stand made by the Rulers, the PM can perhaps expedite the date and at the same time, meet the requirements of the parliamentary rules.

Finally, Muhyiddin could have explained better why he suggested that the meeting should be in September or October.

Not many Malaysians – including reporters who do not cover the Parliament beat – would understand the requirements. In short: the PM cannot decide by saying, let’s meet next week.

It isn’t a meeting at the kopitiam or the spa. But as the Rulers rightly pointed out, the political temperature needs to be brought down – and the country needs a stable government that has the support of the people.

The Rulers were very clear at the meeting: Parliament is the base of the people and for a democracy to function properly, MPs must go back to the august House.

The challenge now is to see how many of these MPs would be able to participate intelligently in the debates without the theatrics. We do not need any more shouting matches, walk-outs or name-calling.

That is what the rakyat hate most.