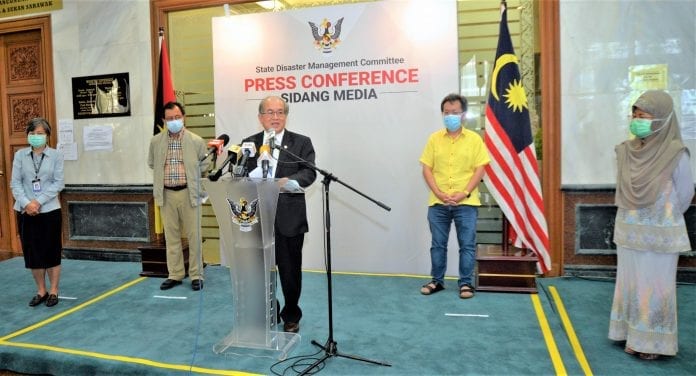 He said that during the programme, which ended on May 3, a total of 15,583 people had been screened and 885 attended for sample-taking.

“Only one person who was given an appointment has not attended for sample-taking. The Samarahan Division Health Office is currently tracking that individual,” he said at the Sarawak Disaster Management Committee (SDMC) Covid-19 daily update press conference yesterday.

Meanwhile, he said that Sarawak recorded another two positive Covid-19 cases yesterday, bringing the total number of cases in the state to 525 since the first positive case was reported on March 13.

He said that one of these cases was from Kuching and the other was from Samarahan.

“Meanwhile, nine cases have recovered and been discharged from hospitals. Of these nine cases, eight are from SGH and one from Miri Hospital,” he said.

“Overall, 59 percent of positive Covid-19 cases have recovered and returned to their respective homes,” he added. This equated to 310 cases which had recovered and been discharged.

According to Uggah, who is also SDMC chairman, the number of new person-under-investigation (PUI) cases reported yesterday was 77, while the number of PUIs awaiting laboratory results was 122.

He said that 195 cases are being treated in hospitals as of yesterday, with three in intensive care unit (ICU) and one requiring intubation (breathing assistance).

On Sarawakians returning from overseas, West Malaysia, Sabah, and Labuan, he said that another 45 new persons-under-surveillance (PUS) had been checked into hotels, while 34 had completed their quarantine period and were allowed to return to their respective homes.

Queen Elizabeth in Malaysian art: How local artists depicted her