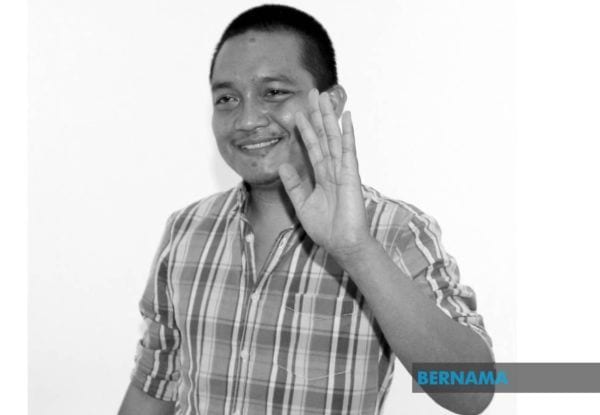 KUALA LUMPUR (Bernama): Actor Khaeryll Benjamin Ibrahim or Benjy died at a hospital in Medan, Indonesia on Sunday (July 11). He was 43.

Persatuan Seniman Malaysia secretary-general Hafiz Nafiah said in a statement that Benjy died at the Royal Prima Hospital in Medan at 11am.

He said they were in close contact with the Consulate General of Malaysia in Medan for more details.

“I ask everyone to be patient and pray that all Benjy’s affairs will go smoothly,” he said in a brief statement on the association’s official Instagram account.

Meanwhile, the late Benjy’s sister, Elza Irdalynna tweeted that they received a call from the prison authorities in Medan informing them that he was found not breathing due to asthma at 11am Malaysian time.

According to her, the authorities tried to rush Benjy, who was the son of the late actress Azean Irdawaty, to the hospital but it was too late.

“Our family has allowed the Medan prison authorities to bury his body there. The funeral will be tomorrow.

“Benjy has been suffering from chronic asthma and other diseases for a long time and has been in and out of hospitals for several years,” she said.

Benjy was sentenced to 11 years’ jail for attempting to smuggle syabu into Indonesia in 2017.

Benjy, who began as a child actor and won the best male actor award at the Anugerah Skrin TV3 2002, was best known for his role as Jibek in the television drama “Kerana Cintaku Saerah” as well as had acted in the movie “Baginda” with his late mother in 1997. – Bernama

Football: Soccer-Knockout games bring the best out of France, says Lloris ahead of Swiss...