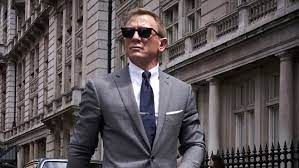 Daniel Craig got emotional after filming his final scene as James Bond in the upcoming 007 adventure No Time To Die, which will be his final outing as the super spy.

The free Apple TV documentary, titled Being James Bond, reflects on Craig’s career as the iconic character, from Casino Royale, Quantum Of Solace, Skyfall, Spectre to his last-ever scene in No Time To Die, which has been delayed multiple times but will finally hit US theatres on Oct 8. (It opens in Malaysia on Sept 30.)

The Being James Bond documentary shows that Craig’s final scene while filming No Time To Die ended with Bond running down an alley out of frame, a fitting final shot to a 15-year career as 007. The actor gave a touching speech after wrapping a late-night shoot, and the cast and crew all teared up and shared hugs with each other.

“A lot of people here worked on five pictures with me, and I know there’s a lot of things said about what I think about these films…But I’ve loved every single second of these movies, and especially this one because I’ve got up every morning and I’ve had the chance to work with you guys. And that has been one of the greatest honours of my life,” he said while holding back tears.

Daniel Craig’s farewell speech after wrapping No Time To Die, his last