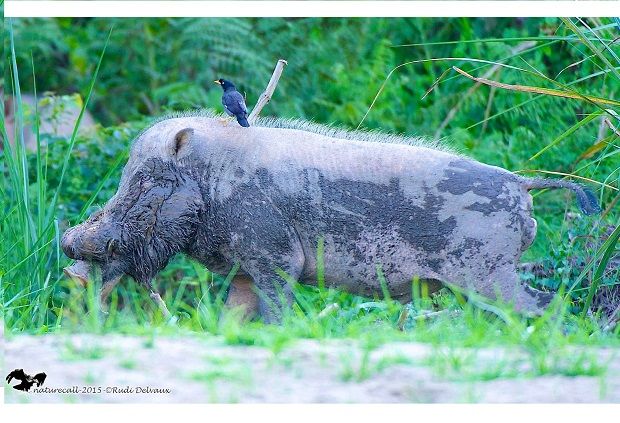 KOTA KINABALU: The African Swine Fever (ASF) outbreak in Sabah has affected indigenous communities in the state due to its impact on the wild boar population, recent research has found.

The research carried out by an international team from Malaysia, the United Kingdom and United States studied that oil palm expansion had affected the traditional hunting practices of the state’s largest indigenous group, the Kadazandusun-Murut peoples.

The team was made up of researchers from the Universiti Malaysia Sabah, Sabah Parks, Danau Girang Field Centre, Sabah Wildlife Department, Cardiff University, the University of Queensland, and UC Berkeley.

In publishing their findings, the researchers said that locals interviewed said they hunted the pigs for food, recreation, pest control, and gifts for cultural celebrations such as weddings and family gatherings.

The researchers found that 54% of those interviewed emphasised that they were motivated to hunt the bearded pig for their cultural traditions as it is frequently shared at festivals, birthday parties, and other celebratory events.

Additionally, researchers also found that modern hunters preferred to hunt for bearded pigs in oil palm plantations, not just in forests as it was easier to hunt them compared to hunting in forests as one had to search for them.

The deadly sweep of ASF through Sabah has killed almost all bearded pigs in some areas, leaving populations close to extinction in those areas.

At times over the last year, forests have even been reported to smell of the stench of rotting bearded pig carcasses.

As a result, the lack of pigs threatens the health of the forest as well as food security and cultural traditions in some parts of the state, the researchers said.

However, study co-authour Danau Girang Field Centre (DGFC) director Professor Benoit Goossens said that they optimistic for the recovery of population bearded pigs population as they found camera traps in several protected areas that some bearded pig individuals have survived, although the numbers are extremely sporadic.

” The species is very resilient, and its reproductive rate is high with a female able to produce between 3 and 10 piglets per litter. We can therefore expect that if some individuals survived the outbreak, the population could bounce back in a few years.”

Similarly, co-author Dr. Fiffy Hanisdah Saikim said the bearded pigs reflect the peoples of Borneo’s relationship with their rainforests, as well as their desire for coexistence with all the forest’s living animals and responsible use of its resources.

“This animal is much more than simply game for the people of Borneo. The bearded pig is a unique creature that bears witness to both ecological and cultural keystone species,” added the Universiti Malaysia Sabah Senior Lecturer and Researcher

The authors dedicated their work to the late Peter Malim, an advocate for wildlife conservation in Sabah for many years.

After biker rally, Brazil’s Bolsonaro says cops will support him ‘whatever happens’