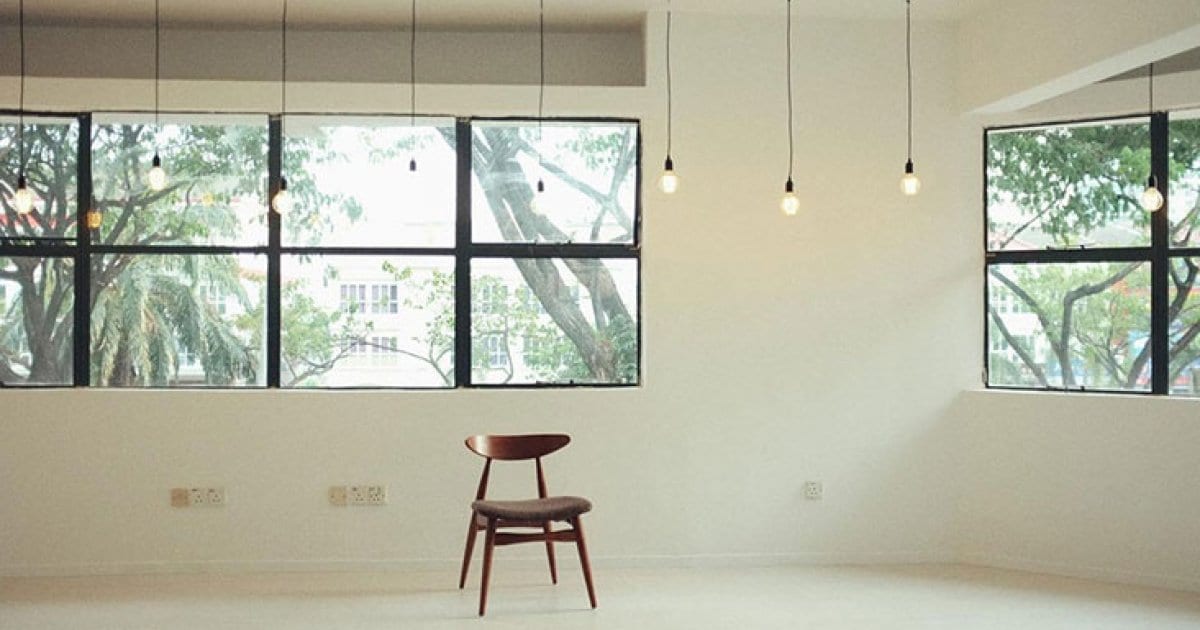 Founded by husband and wife team Chris Yap and Sujian Khor, it was KL’s first soufflé café; today the couple is refocusing their efforts on their other outlet in Section 17, PJ.

Formerly known as Catcher in the Rye, the café and production space (for ice cream and coffee roasting, but more on that later) has been rebranded as Wild Sheep Home. It’s their way of gathering their forces and returning to their original dream when they first entered the food-and-beverage (F&B) industry in 2015.

I recall when Yap and Khor started Wild Sheep Chase they told me they wanted something small, a space of their own.

A place where customers are like guests, where they can sip on a cup of coffee while waiting for a handcrafted soufflé, where they can share a quiet conversation or flip through the pages of a magazine.

I remember Khor sharing how aghast she was at one entitled customer complaining that the ordered drinks and food items didn’t come out all at once – they had been informed that the soufflés took 20 minutes to prepare – thus ruining their precious shot.

Don’t you know how many followers I have? And then Khor wryly told me that she politely checked (since the customer did ask); turns out the number was about 300. Yes, three hundred. Apparently Khor and just about everyone else on the staff then had more followers..

Then came the families and the parents who let their offspring run loose while they engaged in mahjong-level gossip sessions. Perhaps in their clamour to outdo each other in bits of juicy news, they failed to notice their children knocking over furniture and tearing the café’s imported magazines apart.

The ones Yap and Khor had painstakingly hunted down and bought while travelling in Japan, that is. Some customers would be abashed; others would only look confused with a look that said “So?”

It’s clear running a café is quite a different thing from dreaming of one or owning one. Yet the couple persevered.

They launched Catcher in the Rye as a sibling café three years later. Perhaps volume and economy of scale would be the solution, the path forward?

To further buffer their offerings, they began to make their own artisanal ice cream. They invested in a larger, more expensive ice cream-making machine. They attended an ice cream making course at the Carpigiani Gelato University in Singapore.

Back then, Yap told me about their plans to start a coffee roastery some day. They expanded their team. But somehow everything felt unsatisfactory, as though their very efforts were taking them further away from what they originally set out to do.

Many F&B businesses were forced to adjust their operations, sometimes drastically, when the pandemic happened and the Movement Control Order (MCO) commenced in mid-March.

The Wild Sheep duo were saved from making a sharp pivot because they had already been making plans to realign their business well before that.

Yap explains, “We shut our hot kitchen in PJ and were in the midst of transitioning when Covid-19 struck. Basically Sujian and I will focus on making more ice cream and coffee roasting. We invited the ex-partner of Tommy Le Baker to come in and open his bakery.”

That bakery is Wild Yeast, run by Terence Chong who had been searching for a shared space. Serendipitously the Wild Sheep couple were looking for someone to fill in the gap now that they have closed their hot kitchen.

Yap says, “This is a solution that helps us solve the common problem many cafés face in Malaysia, i.e. having to provide food on the menu. The relationship is akin to a pop-up store, not dissimilar to those traditional kopitiam arrangements.”

With the task of running a fully operational kitchen off their hands, they can each concentrate on their passions. For Khor, it’s making small batch ice cream from scratch. From classic vanilla and Earl Grey to Bitter Caramel and Oolong Milk Tea, the usual suspects are present albeit with a twist.

Light Asian flavours are showcased in a few of Wild Sheep Ice Cream’s favourites: cooling Chrysanthemum, refreshing Mango Basil and even the nostalgic, herbal hit of Pei Pa Koa. For something more robust, try their Cafe Latte Gelato made with fresh milk and beans by Bear Coffee Roaster.

The latter is Yap’s long-gestating project. Named after the couple’s old friend Bear Lee of Taipei’s Caldo Café (who had helped them formulate the recipe for their signature soufflés), Bear Coffee Roaster emphasises medium dark roasted coffee beans, a style that is more kopitiam and kissaten than the lighter profiles specialty coffee is known for.

“Yes, yes, like Nishiya Coffee House in Tokyo,” Yap exclaims. “Our coffee, our style. Nothing wrong with light roast though, just like sashimi vs grilled fish.”

Still, he was surprised by the response of many customers who prefer a darker roast. He says, “Since we are in the shop most of the time now, when customers are enquiring about beans, I will ask them what their taste preference is in order to recommend them something.”

Currently the lightest roast Yap has as single origin beans is an Ethiopian Sidamo which he has christened ‘Amour Sidamo’ because “it’s a bit floral, winey and has a chocolatey aftertaste, just like you are in love.”

Another batch of single origin beans from Yunnan will be called ‘South of the Cloud, West of the Sun’ in homage to one of Murakami’s books. Yap says, “We just find naming blends fun. In the future, we will introduce more single origin coffee under the ‘Single But Not Alone’ series.”

Even though they have embraced a smaller workforce – “to be more hands on” according to Yap – they aren’t really alone either.

During the MCO and Conditional MCO (CMCO) period, they collaborated with Wild Yeast to produce Happy Packs – bundles of coffee beans, ice cream and the bakery’s sourdough bread and garlic & herbs cream cheese.

It was a way for them to test the waters, to see if they could operate with bare minimum labour and resources. Yap says, “During MCO, Sujian and I looked inward to see how we can move forward. All our future products ought to be ready to be delivered, have an online presence and a physical shop. We are happy that we finally can be hands on in crafting our products rather than managing from behind.”

Now they have regrouped after taking stock – of where they started, what their original plans were and where they have found themselves after the dust has settled. Wild Sheep Home might be a new name but it’s still their baby.