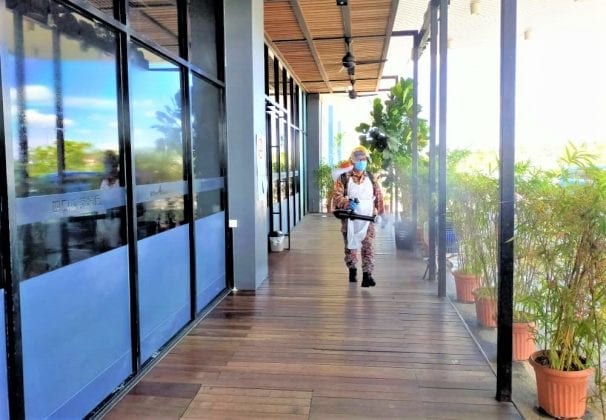 The operation, covering an area of 13,400 square metres inside and outside of the building, was carried out between 9.30am and 11.30am.

Eleven Bomba personnel led by the station chief Ebby Hirwandy Sarbini were involved in the operation.

Five firemen took half an hour to complete the task which included sanitising three student buses.