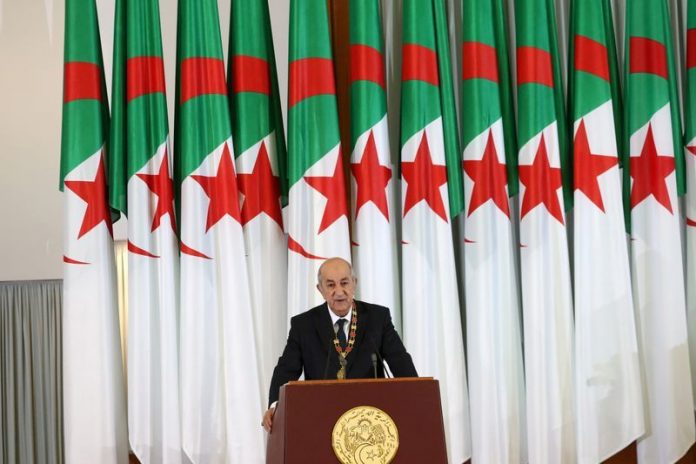 ALGIERS (Reuters) – Algerian President Abdelmadjid Tebboune on Wednesday ordered the release of 101 members of a protest movement that forced his predecessor Abdelaziz Bouteflika to step down, the presidency said.

Elected in December 2019, Tebboune has vowed to carry out economic and political reforms and urged the opposition to opt for dialogue to maintain stability.

Algerians late last year voted a new constitution to give the prime minister and parliament a greater role, despite a low voter turnout after a boycott by a large part of the opposition.

Mass protests broke out in February 2019 demanding reforms and the departure of the entire ruling elite, resulting in the resignation of Bouteflika and the detention of several senior officials over corruption charges.

The government later banned demonstrations to stop the spread of the coronavirus, and arrested several protesters defying authorities.

Wednesday’s pardon marks the 59th anniversary of the country’s independence from France.