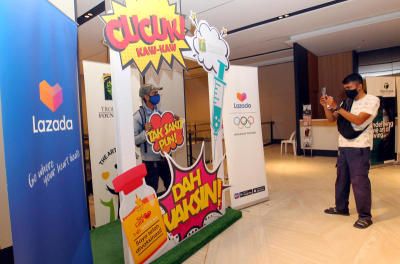 (BLOOMBERG) — Alibaba Group Holding Ltd.’s Lazada Group is creating a new role to lead payments in Southeast Asia for the first time, and tapped a former Alipay executive for the position, according to people familiar with the matter.

Dayong Zhang, former general manager of Southeast Asia for Ant Group Co.’s Alipay, will become Lazada’s head of payments, underscoring the e-commerce company’s strategic move to generate growth from the business, according to the people, who asked not to be named.

Lazada is seeking to take on Southeast Asian internet rivals such as Grab Holdings Inc and Sea Ltd, which have been aggressively pushing their payment products. The region’s payments market is expanding rapidly on the back of rising demand for online shopping.

A Lazada representative couldn’t immediately be reached for comment.

Since Chun Li took the helm of Lazada about a year ago, the company has been investing in technology and focusing on localization to cater to different consumer tastes across Indonesia, Malaysia, Singapore, Thailand, the Philippines and Vietnam. Lazada recorded more than 90% order growth during the quarter ended in June, and has about 150 million monthly average users.

Use an interpreter if you have a poor command of English, Masing tells politicians