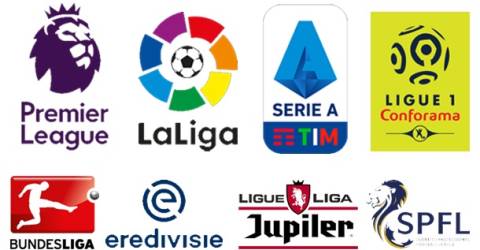 BERLIN: Werder Bremen and Nuremberg are historic names in German football but both could find themselves dropping a division this week. The elite meanwhile turn their eyes to Switzerland for the Champions League quarterfinal draw.

The last Bundsliga place for the 2020/21 season is decided on Monday between four-time champions Werder Bremen and potential newcomers Heidenheim. Thursday’s first leg in Bremen was goalless but Werder have been better away from home this season and a score draw – or win – will maintain their 39-year top-flight streak. Village club Heidenheim in contrast could be just 90 minutes away from turning their wildest dreams into reality. The relegation playoff for the second division meanwhile pits nine-time German champions Nuremberg against third-tier Ingolstadt on Tuesday and Saturday.

On Friday in Switzerland the draw takes place for the quarterfinals and semifinals of the Champions League and Europa League. Both competitions return from suspension in August with the completion of last 16 ties before concluding as mini-tournaments in Portugal and Germany respectively.

Serial Italian champions Juventus have pulled away from chasing Lazio since the resumption following the coronavirus suspension. They have a seven-point lead to the Rome club but face a potentially tricky tasks on Tuesday away to AC Milan and at home to Champions League side Atalanta on Saturday. Lazio have, on paper, an easier trip to struggling Lecce and then Sassulo at home. If Cristiano Ronaldo’s side emerge unscathed through the week, another title will seem certain.

Real Madrid have taken advantage of Barcelona’s stumbles to open a four-point lead in Spain. Zinedine Zidane’s men have only four games left starting at home to Alaves on Friday – but they cannot clinch the championship then even if Barcelona slip up in their city derby with Espanyol on Wednesday.

Scotland did not complete the last season due to the coronavirus crisis leading to complications for the next campaign. Fixtures for 2020/21 will be published on Monday with promoted Dundee United replacing relegated Hearts in the top-flight – but the Edinburgh club are fighting a legal battle to have their demotion overturned. Whatever happens, Celtic will be chasing a record-setting 10th title in a row when the season begins on Aug 1, which however has not yet been finally approved by the Scottish government.

Difficult task to screen all employees

Sarawak Polls: GPS appeals to voters to make the best choice ‘for our beloved...