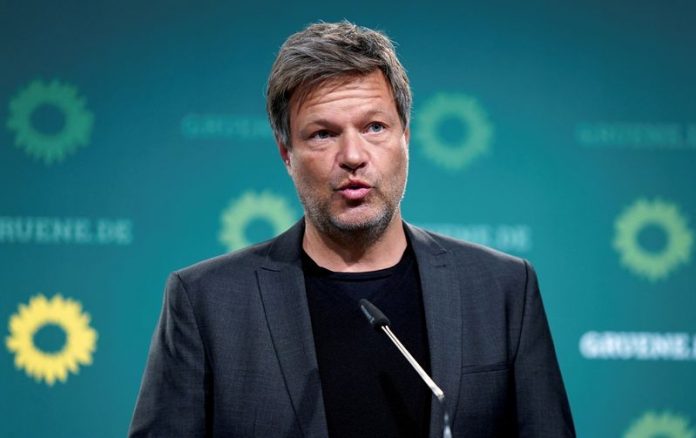 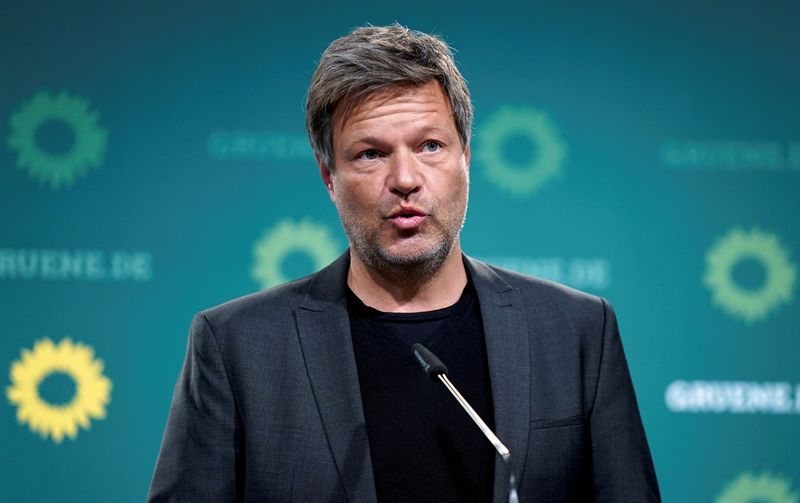 BERLIN (Reuters) – Just when they dared to dream of their first ever national election victory, Germany’s Greens have been knocked off course.

A thumping by the conservatives in a regional election on Sunday rounded out a brutal couple of weeks for the ecologists that saw their squeaky-clean image tarnished by a bonus payment scandal and their suggestion that Germany should arm Ukraine.

With their eye on Germany’s chancellery for the first time in their 40-year history, the Greens are suddenly having to grow up fast to handle an assault from Angela Merkel’s conservatives, stepped-up social media attacks and creeping pressure from Russia against their support for Ukraine and clean energy.

Six weeks ago things looked very different. Projecting change, youth and vitality after 16 years of Merkel rule, the Greens surged ahead of her conservatives in polls for the Sept. 26 election when they picked Annalena Baerbock to run for chancellor. A 40-year-old mother of two, she captured voters’ imagination with her pitch for a “new start”.

But the Greens’ weak performance in Saxony-Anhalt on Sunday, when they took just 6% of the vote, left one senior conservative crowing: “This evening, the Baerbock train came off the rails.”

The Greens actually gained 0.7 points from the last Saxony-Anhalt election in 2016, but that was dwarfed by a hefty 7.3% gain for the conservative Christian Democrats.

“The Greens can certainly still win (in September), but Sunday’s result highlights the magnitude of the challenge,” said Carsten Nickel at Teneo, a political risk consultancy.

To be sure, Saxony-Anhalt, a poorer, rightward-leaning state in Germany’s east, does not mirror the broader country. The Greens can expect to do better in more urban, middle-class areas of Germany, especially in the more populous west, in September.

A party congress this weekend gives them a platform to launch a rebound.

At stake is the future direction of Germany, Europe’s largest economy and kingpin in its ties with Russia. With Merkel set to bow out after the Sept. 26 election, Germany’s policy path hinges on whether the Greens or conservatives win.

Losing their poll lead, Greens activists are frustrated, insiders say, by Baerbock’s failure to declare to parliament a Christmas bonus paid to her by the party – a scandal that makes it look as grubby as more established rivals.

That error, which Baerbock has said was a mistake she corrected as soon as she realised it, was compounded by the comments on arming Ukraine, made by her party co-leader Robert Habeck after he met Ukraine’s president in Kyiv in late May.

Habeck, a former novelist who is not a foreign policy expert, raised the idea of supplying weapons to Ukraine with reporters during the trip, said one person who was present, notwithstanding the Greens’ manifesto pledge to overcome war “in the mid- to long-term through a policy of non-violence”.

German media and rival politicians pounced on Habeck’s remark, portraying him as a naive idealist blundering his way into questions of life and death.

He later clarified that he favoured supplying Ukraine with defensive arms to protect its citizens. Kyiv is at odds with Moscow over a pro-Russian separatist insurgency in eastern Ukraine.

That, for some activists, is the problem. Why, they ask, were the Greens unprepared for the more hostile treatment it can expect now that for the first time in history it is one of two leading parties with a shot at governing Germany?

A senior party official said party members discussed Habeck’s comments and quickly understood he was talking about an initiative to protect life.

But Manfred Guellner, head of pollster Forsa, said the Greens could ill-afford slip-ups like the bonus flap. “Since (Baerbock) has no experience in government, even such little stories do not go down well with wavering citizens.”

Forsa’s latest poll put the conservatives on 25% and the Greens on 24%. In late April, the Greens were 6 points ahead.

The Greens are under attack from other directions, too.

The moment Baerbock’s candidacy was announced, social media were flooded with a picture supposedly showing her naked. The picture was in fact that of a Russian glamour model.

The party is on the look-out for more insidious assaults of the type that could be launched by foreign states.

The Centre for Liberal Modernity, a foundation set up by two senior Green politicians, was banned from Russia last month, shortly after Habeck spoke out on Ukraine.

“Until we were declared an undesirable foreign organisation, our biggest project with Russia was on climate and economic modernisation,” said Ralf Fuecks, the centre’s founder and one-time mayor of Bremen. “This goes to the heart of the Putin model – and if you question that, you have to expect headwinds.”

The Greens, who loudly oppose the Nord Stream 2 project to pump Russian natural gas direct to Germany under the Baltic Sea, are by a wide margin the Kremlin’s least favourite German party.

In a sign of the higher stakes in play, the Greens have put a special rebuttal unit on standby to receive activists’ reports of memes that appear to come from hostile social media campaigns, one party official said.

At home, the Greens are being hammered by other parties and conservative media for their calls to raise fuel taxes and to impose speed limits on Germany’s famously no-limits motorways.

The Greens will stick to values-based policies, the senior official said, quoting Michelle Obama’s 2016 slogan for exercising restraint in the face of vilification by Republican rivals: “When they go low, we go high.”