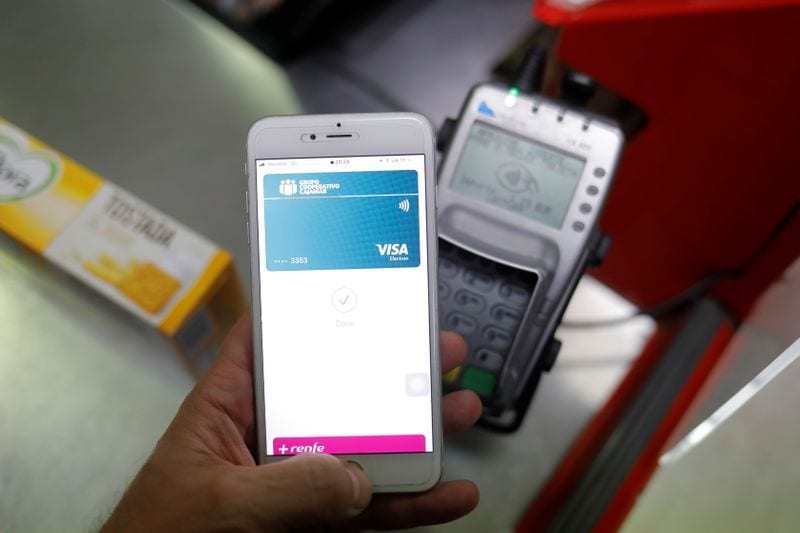 (Reuters) – Apple Inc is planning to launch a service that will allow users to repay Apple Pay purchases in installments, Bloomberg News reported on Tuesday.

Apple will use Goldman Sachs Group Inc, an existing partner for the Apple Card credit card since 2019, as the lender for the loans, Bloomberg News reported, citing people familiar with the matter.

The service, known internally as Apple Pay Later according to the report https://www.bloomberg.com/news/articles/2021-07-13/apple-goldman-plan-buy-now-pay-later-service-to-rival-paypal?sref=2h1zKciy, will rival “buy now, pay later” services from Affirm Holdings Inc and PayPal Holdings Inc that have recently become popular.

Shares of Affirm down about 9% at $59 following the news, while PayPal traded lower.

The new offering is not linked to the Apple Card and does not require the use of one, Bloomberg News reported.