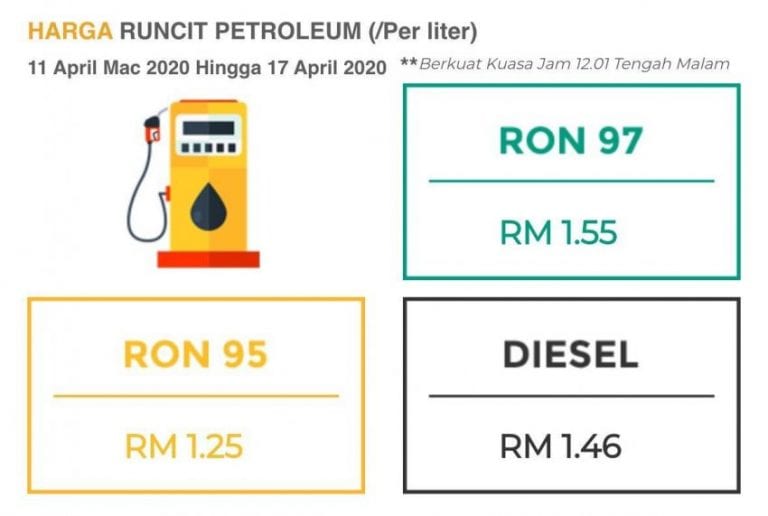 It’s Friday, and following the news of the MCO extension to April 28 comes the usual weekly fuel price update. The cheer continues for motorists, but the irony surely cannot be lost on all, because while it’s cheap and out there, you won’t drive enough to enjoy it.

The continued price slide is a result of global crude oil prices having fallen due to an “oil war” among oil-producing countries, which resulted int the barrel price dropping below US$20 at one point earlier this month.

Fuel prices are expected to remain in this region for a while, given the lack of fuel consumption globally as a result of the Covid-19 outbreak, which has grounded aviation and limited the movement of surface travel and vehicular use in many places – case in point, the MCO.

The prices remain effective until April 17, when the next fuel price update is announced. This is the 14th edition of the weekly fuel pricing format for the year and the 66th edition in total for the format, with runs from Saturday until the following Friday.