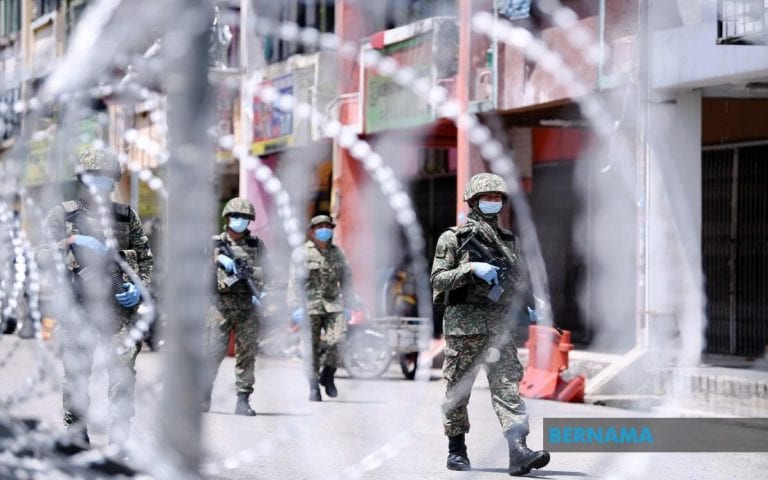 KUALA LUMPUR: The government has not ruled out the possibility of enforcing the Enhanced Movement Control Order (EMCO) in isolation in areas that see a rise in Covid-19 cases during the Conditional MCO period that has now been extended to June 9, Tan Sri Muhyiddin Yassin said today.

The prime minister advised the people against becoming complacent as the country is still under the CMCO, the results of which, he said, will only show in the next few weeks.

“As the number of people leaving their homes to get to work continues to rise, the risk of infection also increases. As such, the next several weeks are critical for us,” he said in a special address to the nation via all local television networks.

Muhyiddin announced that the CMCO in force until May 12 has been extended to June 9.

He advised the people to comply with the standard operating procedures (SOP) introduced by the government, including avoiding crowded places, practising social distancing, wearing face mask, frequently washing hands and using hand sanitisers, and going outdoors only if there is a real need to.

“We want to avoid having to enforce the EMCO. Therefore, I wish to appeal to all of you to comply with the SOP set by the government,” he said.

The prime minister advised people living outside these four areas not to go there for the moment so as to avoid  exposing themselves to the risk of Covid-19 infection.

“However, I wish to remind you that the Covid-19 virus is a silent enemy invisible to us. It can strike at any time and anywhere at all,” he said. – Bernama