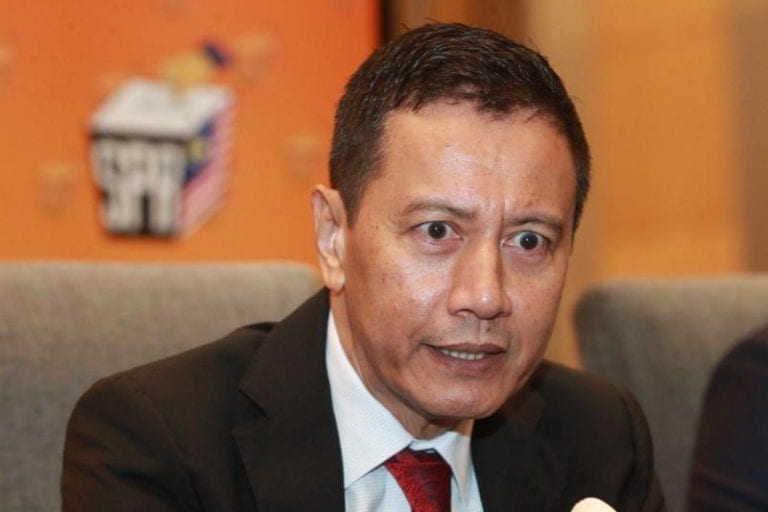 PETALING JAYA: The Pakatan Harapan presidential council must stop the politics of hate without any kind of substance through misinformation and a false narrative, says Dewan Rakyat Speaker Datuk Azhar Azizan Harun.

In a statement, Azhar decried the allegation by Pakatan presidential council on July 18 that the Speaker and the Perikatan Nasional government were disobedient (derhaka) to the King in not allowing debates and Parliament to function normally in the upcoming sitting to be held between July 26 and Aug 2.

“I refer to the Pakatan media release on July 18.

“Stop trying to drive a wedge between me, my office and Istana Negara by issuing an irresponsible statement that is no more than pure political drivel without any kind of substance.

“I am bewildered and puzzled. With the collective number of years Pakatan has had in the Parliament as MPs and even as part of the government, and with a stellar line-up of well-known legal practitioners in its stable, it doesn’t appear to understand or even know the Standing Orders very well.

“I would like to advise the Pakatan Presidential Council to read the Standing Orders, most particularly rule 11(3) and ascertain with precision as to the entity that appoints the business of the meeting during a special meeting.

“I would like to implore the Pakatan Presidential Council to stop this politics of hate through subtle and surreptitious misinformation as well as false narrative,” said Azhar.

Earlier, the Pakatan presidential council, in a joint statement signed by PKR president Datuk Seri Anwar Ibrahim, DAP secretary-general Lim Guan Eng and Parti Amanah Negara president Mohamad Sabu, said that the Speaker of Dewan Rakyat and the Perikatan government would be disobeying the King by not allowing debates in the upcoming sitting on July 26.

The presidential council reminded that the Yang di-Pertuan Agong had issued a statement on June 16, to call for Parliament to reconvene as soon as possible so MPs can debate the Emergency Ordinances, National Recovery Plan and government spending related to the Covid-19 pandemic.

The King had also expressed the same sentiments on Feb 24 and June 29 as well.

“His Majesty’s vision is the same as the rakyat’s aspiration that wanted to see the end of the Covid-19 and the current economic challenges faced by the country,” said the Pakatan presidential council on Sunday (July 18).

It also noted that there will be no motion of confidence expected to be tabled by Pakatan against the Prime Minister as it wanted to give full focus on the rakyat’s problem following the Covid-19 crisis.

“So, Pakatan urged the Speaker of Dewan Rakyat and the Perikatan Nasional government not to disobey the King’s views and open the space to allow for debates, as well as to decide in order for the Parliament to function as normal and its members can carry out its responsibilities to defend the rakyat,” said the presidential council.

On July 15, Azhar said that two more Parliament meetings would take place for 15 and 32 days respectively from September onwards.

He also said that the first meeting of the fourth session of the 14th Parliament would sit for 15 days from Sept 6-30.

The second meeting of the fourth session of the 14th Parliament will sit for 32 days from Oct 25 to Dec 16.

The Prime Minister’s Office had announced earlier that the special meeting would centre on the National Recovery Plan and amendments to the law to allow hybrid Parliament sittings to be held.