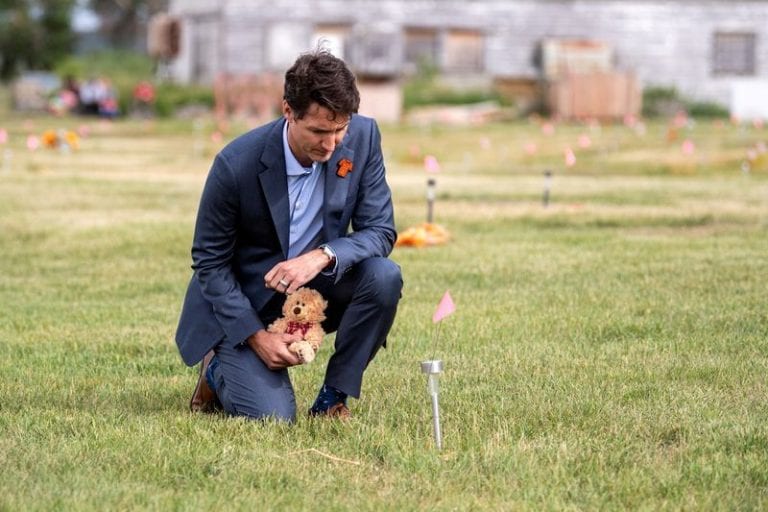 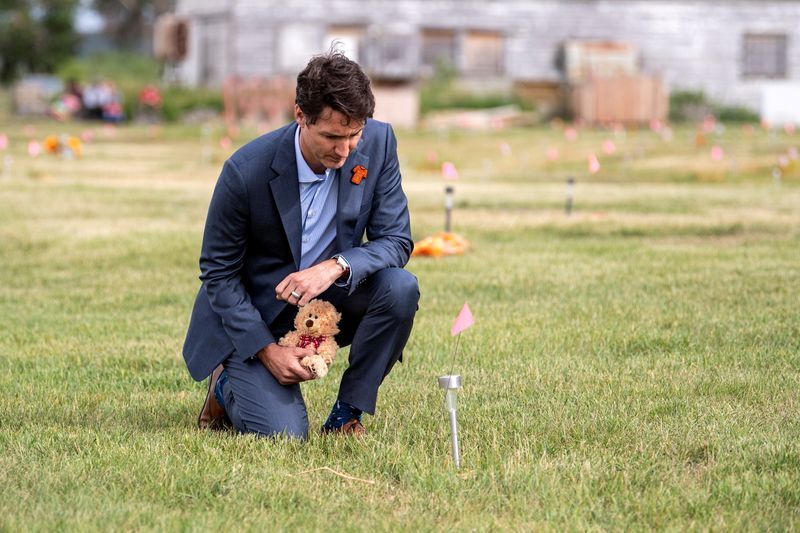 OTTAWA (Reuters) – The discovery of hundreds of graves of indigenous children, highlighting Canada’s mistreatment of First Nations, has dominated campaigning ahead of a likely election and is an issue on which Liberal Canadian Prime Minister Justin Trudeau is vulnerable, analysts and indigenous advocates say.

In 2015, Trudeau promised to reset relations between the government and indigenous peoples, a point he re-asserted in a 2017 speech to the United Nations, but his government’s own 2019 inquiry into missing and murdered indigenous women and girls has been widely criticized for leading to little change.

Liberal sources say a snap election is likely as soon as September as Trudeau, 49, seeks a majority after being forced to depend on opposition parties to pass legislation since 2019.

Canada has been rocked by the disclosures of more than 1,000 unmarked graves of indigenous children were discovered at former “residential schools,” church-run institutions funded by the government. The system forcibly separated the children from their families, subjecting them to abuse, in what the country’s Truth and Reconciliation Commission (TRC) called “cultural genocide” in 2015. (FACTBOX:)

Almost 70% of Canadians said they had been unaware of the severity of abuses in the residential school system until the graves were found, according to an Abacus Data survey published in June. According to the same poll, 72% of Canadians now support moving faster to redress the legacy of the schools.

Kathleen Mahoney, a human rights lawyer and one of the architects of the TRC, said the discovery was “an existential crisis for ordinary non-indigenous Canadians, about who are we and what is our Canadian identity.”

Before his first election victory in 2015, Trudeau promised to address all 94 recommendations – or “calls to action” – set out by the TRC report but has so far covered only eight, according to the Yellowhead Institute, a First Nation-led think tank. Six recommendation were about finding, identifying and commemorating children who died at the schools.

“Had the government really done their job, then we really would not be here today looking at this six years later,” said Lynne Groulx, Chief Executive Officer of the Native Women’s Association of Canada.

Trudeau also promised to end all boil water advisories in indigenous communities by 2020. Fifty-one advisories are still in effect in 32 communities, while 108 have been lifted since 2015, according to official data.

The government’s shortcomings could benefit the left-leaning New Democrats, Graves said, who accuse the Liberals of not doing enough.

The Liberals would win 38.1% of the vote if it were held now, a Nanos Research poll from July 2 shows. That puts them in majority territory for now, with Conservatives trailing at 23.6% and New Democrats at 20.4%.

Only 76 of the TRC’s 94 recommendations involve the federal government, and 80% of those are “completed or well underway,” a spokesperson for the Canadian minister of Crown-Indigenous Relations said.

In a joint statement, the two ministers in charge of indigenous affairs and services said the latest budget includes “historic, new investment of over C$18 billion ($14.3 billion)” over five years for indigenous communities.

Last week, Trudeau made a stop at the Cowessess First Nation in Saskatchewan, where graves were found, to sign an agreement two years in the making that allows Cowessess to take charge of its own child welfare system.

Earlier the same day, he made the historic appointment of Mary Simon, an Inuk woman, as the first indigenous governor general, who serves as Canada’s representative to head of state, Queen Elizabeth.

“We all inherited this. But we are all somewhat responsible to make it right,” Cowessess Chief Cadmus Delorme said in a telephone interview.