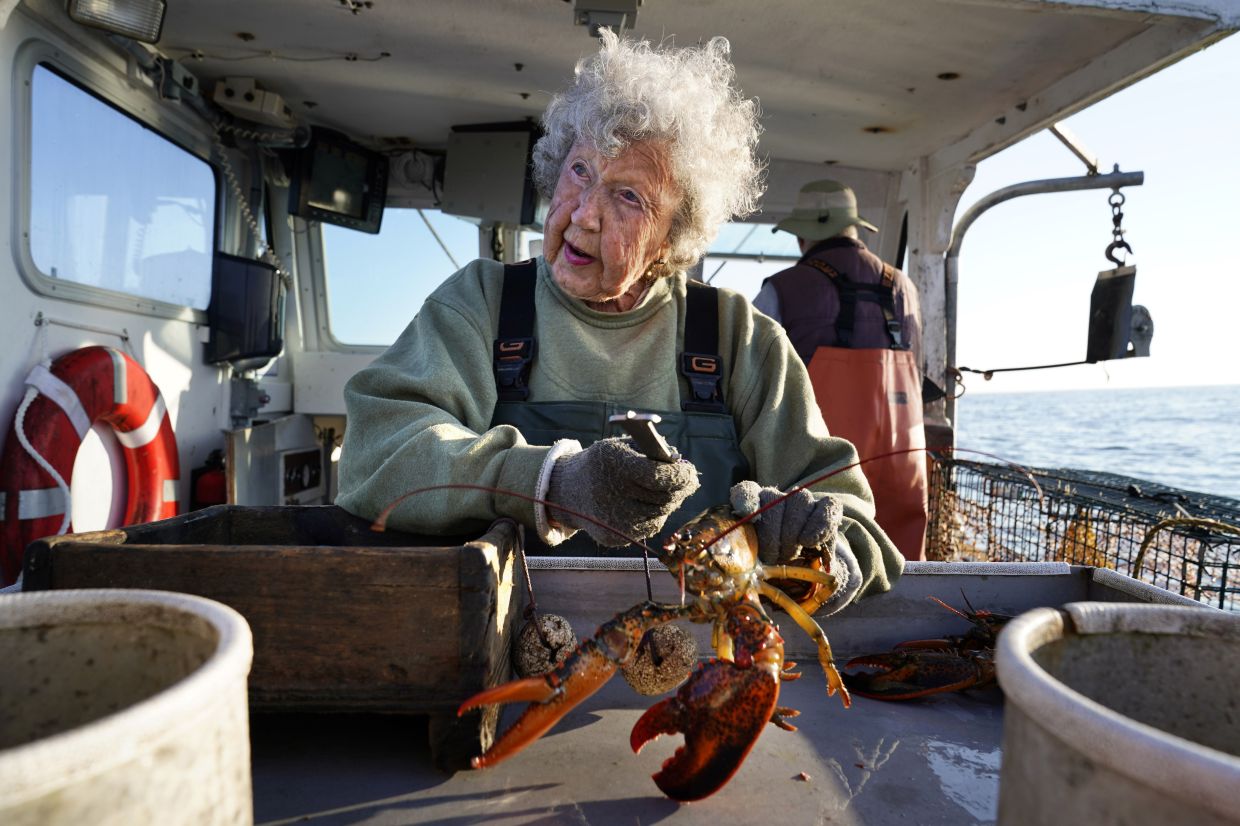 When Virginia Oliver started trapping lobster off Maine’s rocky coast, World War II was more than a decade in the future, the electronic traffic signal was a recent invention and few women were harvesting lobsters.

Nearly a century later, at age 101, she’s still doing it.

The oldest lobster fisher in the state and possibly the oldest one in the world, Oliver still faithfully tends to her traps off Rockland, Maine, in the United States with her 78-year-old son Max.

Oliver started trapping lobsters at age eight, and these days she catches them using a boat that once belonged to her late husband and bears her own name, the “Virginia”.

She said she has no intention to stop, but she is concerned about the health of Maine’s lobster population, which she said is subject to heavy fishing pressure these days.

“I’ve done it all my life, so I might as well keep doing it,” Oliver said.

The lobster industry has changed over the course of Oliver’s many decades on the water, and lobsters have grown from a working class food to a delicacy. The lobsters fetched 28 cents a pound on the docks when she first started trapping them; now, it’s 15 times that. Wire traps have replaced her beloved old wooden ones, which these days are used as kitsch in seafood restaurants.

Other aspects, though, are remarkably similar.

She’s still loading pogeys – lobster-speak for menhaden, a small fish – into traps to lure the crustaceans in. And she’s still getting up long before dawn to get on the boat and do it.She was destined for this life, in some ways. Her father was a lobster dealer, starting around the turn of the century, and instilled a love of the business in Oliver, who would join him on trips.

Wayne Gray, a family friend who lives nearby, said Oliver had a brief scare a couple of years ago when a crab snipped her finger and she had to get seven stitches. She never even considered hanging up her lobster traps, though.

“The doctor admonished her, said ‘Why are you out there lobstering?’” Gray said. “She said, ‘Because I want to’.”

After all these years, Oliver still gets excited about a lobster dinner of her own and typically fixes one for herself about once a week. And she has no plans to quit lobstering any time soon.