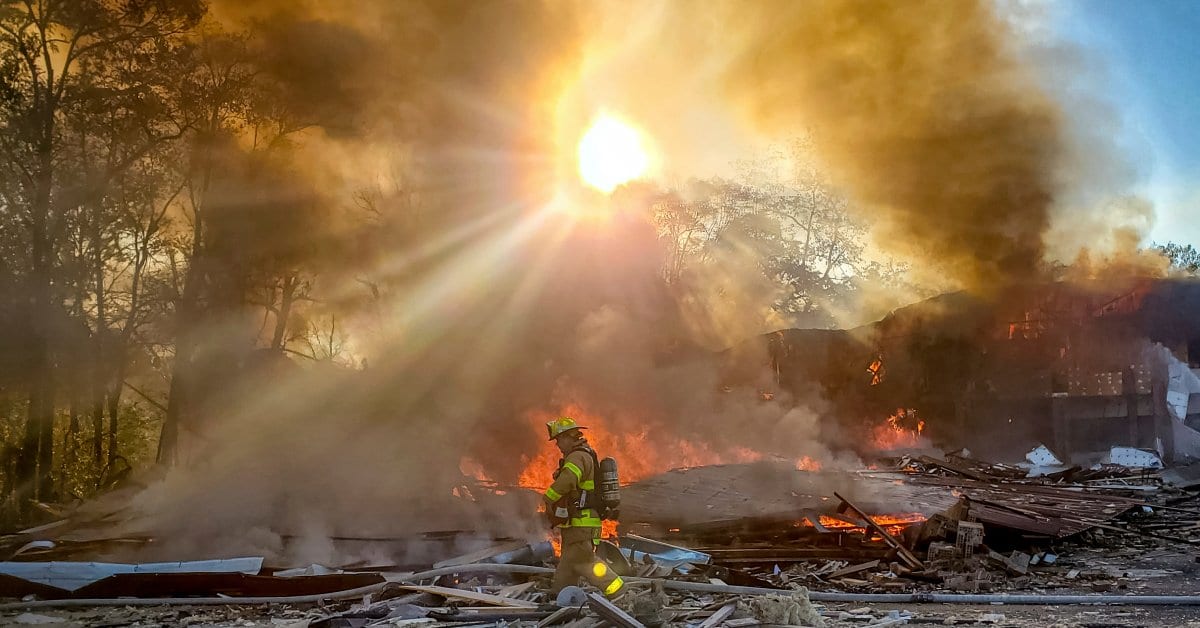 HARRISONBURG, Va. — An investigation was underway into the cause of an explosion and large fire at a shopping center in Harrisonburg, Virginia, that injured at least five people Saturday morning.

Three people were taken to hospitals after the incident that was reported around 8:30 a.m., and two others were treated on the scene for minor injuries, the city said in an update Saturday evening.

The strip mall contained a vape shop, musical instrument store and recording studio, according to the Daily News-Record. It was a “total loss,” city spokesman Michael Parks said. Damage was also reported to other structures.

Although Gov. Ralph Northam tweeted that state emergency personnel had been deployed to the area after what he called a gas explosion, Harrisonburg Fire Chief Matt Tobia told reporters the cause was under investigation.

Harrisonburg, in Virginia’s Shenandoah Valley, is a city of around 50,000 that’s home to James Madison University.

The university said in a Facebook post that three students from the school’s Army ROTC program who had been participating in a 10-mile race were among those injured. The building where the blast occurred was about 30 yards (27 meters) from the race’s start and finish line, the school said.

One of the students was hospitalized but was expected to be quickly released, JMU said. Two other students were treated at the scene and released, according to the post.

The university said the other two injured people were not affiliated with JMU. The city’s update, posted on Twitter around 5:30 p.m., said they had been flown to the University of Virginia’s medical center in serious condition and were “now stable.”

Parks said it wasn’t immediately clear if those victims were affiliated with one of the center’s businesses.

Tobia said when crews arrived, the injured were outside of the structure.

Families who lived nearby told TV station WHSV the blast shook their homes.

“It woke me up personally and I mean, I knew right away that it was something not normal,” Katie Landes told the station. “So, I looked right outside the window that was right by me and I saw that there was the beginning of some serious smoke going on.”

Other Sports: World’s oldest tennis player from Ukraine – 97 and still in the...