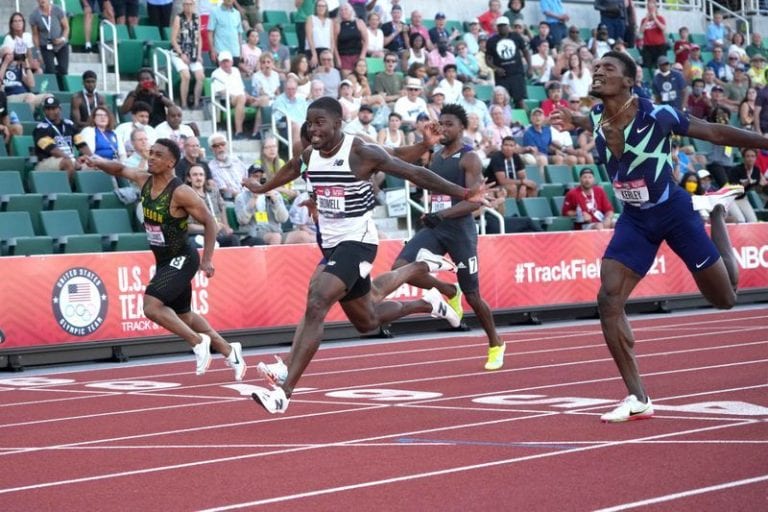 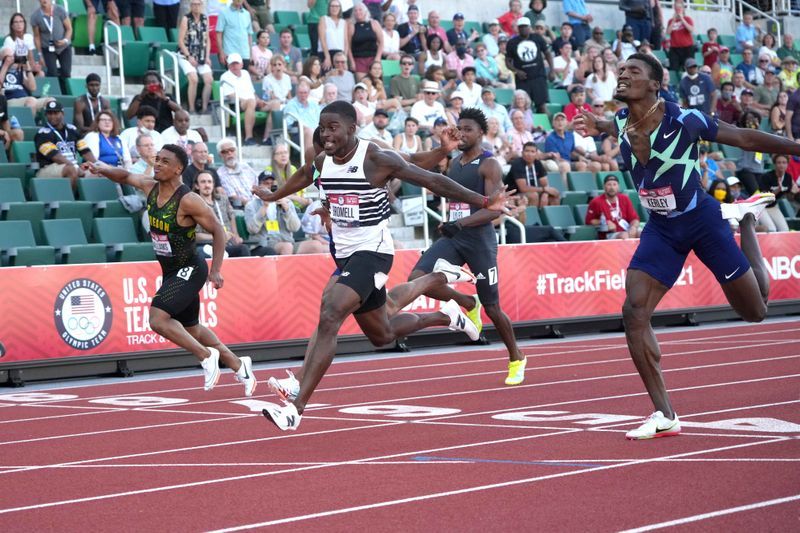 GATESHEAD, England (Reuters) – Trayvon Bromell underlined his position as the favourite for the Olympic Games 100 metres when he delivered a dominant gun to tape performance to win in 9.98 seconds at the final Diamond League meeting before Tokyo on Tuesday.

Bromell, winner of the U.S. trials and the fastest in the world this year with 9.77, will be seeking to reclaim the Olympic crown for the U.S. after 13 years in the possession of Usain Bolt.

And, despite cool conditions in Gateshead on the north-east English coast, he looked in great shape to do so, getting out quickly, consolidating by halfway and cruising over the line by a distance from British duo CJ Ujah (10.10) and Zharnel Hughes (10.13).

Fellow Tokyo-bound American Fred Kerley, however, faded to fifth in 10.13 after a good start, while Canadian Andre de Grasse (fourth in 10.13), looked much sharper running the anchor leg in a 4×100 metre relay later in the evening, just failing to chase down Nethaneel Mitchell-Blake who brought home the British team in a world lead of 38.27 seconds.

The expected women’s 200m showdown disappeared with the injury withdrawal of home favourite Dina Asher-Smith and instead Olympic 200m and 100m champion Elaine Thompson-Herah did all she needed, though she looked a touch uncomfortable as she crossed the line in 22.43.

“It was great to come out here today and finish healthy and as preparation for the Olympics, I’m pretty pleased,” said Thompson-Herah, who was well clear of Briton Jodie Williams (22.60) and Nigerian Blessing Okagbare (22.61).

Olympic champion Omar McLeod, who failed to qualify for Tokyo after hitting a hurdle in the Jamaican trials, was hoping to prove a point in the 110m hurdles but could finish only second in 13.42 behind trials winner Ronald Levy (13.22), with Britain’s indoor world champion Andrew Pozzi third.

Briton Cindy Sember was an impressive winner of a tight 100m hurdles in 12.69, edging American Payton Chadwick (12.75) and heads to Tokyo as a real medal prospect.

“I’m so happy that the conditions held up and I’m just really happy to execute the performance today,” she said. “I had an iffy British trials so I’m pleased to come back and show what I’m capable of doing and I’m happy with it.”