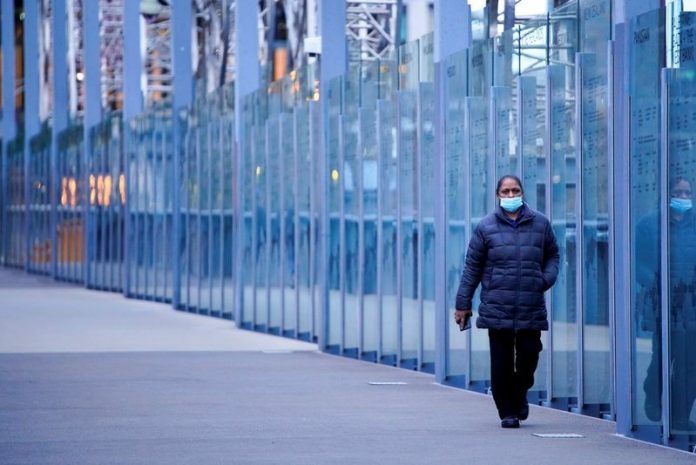 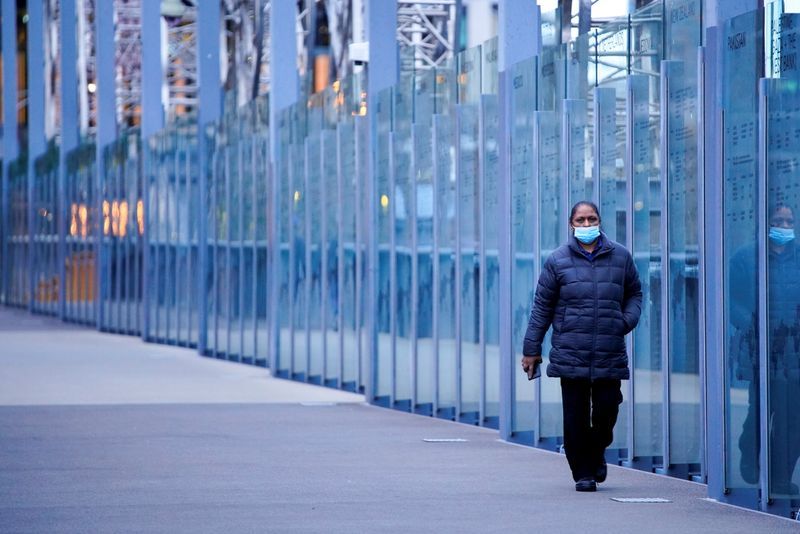 SYDNEY (Reuters) – Australian officials urged people to obey lockdown measures that cover around 40% of the country’s population as an outbreak of the highly contagious COVID-19 Delta variant again picked up pace on Friday.

Daily new infections in New South Wales, where the outbreak began about a month ago, rose after a dip a day earlier, while new cases across the border in Victoria remained steady.

Total infections since the first was detected in mid-June, in a Sydney limousine driver transporting overseas airline crews, now stand at more than 1,000.

Despite Sydney heading into its fourth week of lockdown, New South Wales officials recorded 97 new locally acquired cases, up from 65 on Thursday.

Most concerning for health officials, 29 of those cases were people who spent time in the community while infectious, a situation that New South Wales Chief Health Officer Kerry Chant described as “incredibly concerning”.

“I can’t stress to the community my absolute concern that we need to work harder at reducing mobility and reduce our interactions with others if we will bring the situation under control,” Chant said during a televised media conference.

State Premier Gladys Berejiklian said the daily case numbers on Saturday will be higher still because of that strong underlying number and she may tighten restrictions if necessary.

Berejiklian is under pressure to introduce more curbs, including shutting down non-essential retail shops, to contain the Delta strain.

There are currently 75 cases in hospitals, with 18 people in intensive care, five of whom require ventilation.

In neighbouring Victoria, officials reported six new cases on Friday, compared with seven a day earlier, taking total cases in the state under the current outbreak to 24.

Victoria state Premier Daniel Andrews called a snap five-day lockdown on Thursday night as officials race to track two different chains of transmission – an infected team of furniture movers from Sydney and a family who returned home after a trip to the city.

Total virus-exposed sites in Victoria have topped 100, mainly in the state capital Melbourne, including a stadium that hosted a rugby match between Australia and France, with hundreds of fans ordered to test and isolate.

Anti-military protests in Myanmar on anniversary of 1988 uprising

Citizenship in Malaysia: When a mother’s blood isn’t good enough