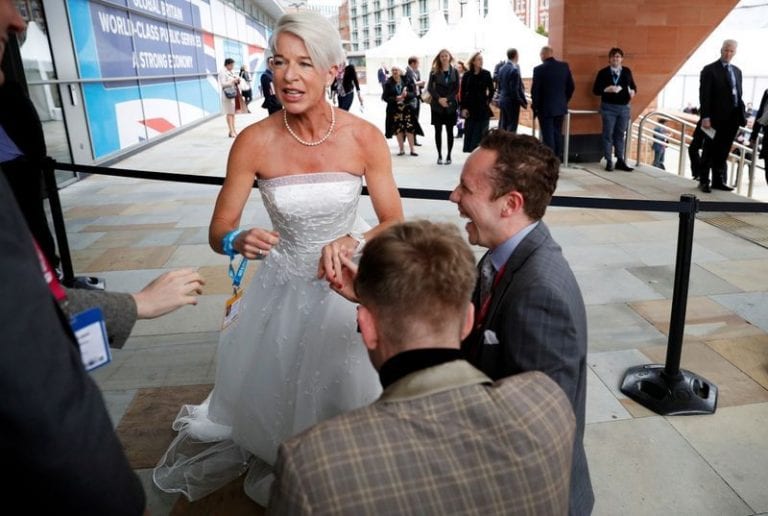 Hopkins flew into Sydney to appear on Seven Network Ltd’s reality television programme Big Brother VIP, according to Australian media, but she stoked public outrage when she posted a video on Instagram joking about answering the door naked and maskless to people delivering meals while she was in hotel quarantine.

All arrivals to Australia must complete two weeks in a hotel quarantine, where people must put on a mask before meals are delivered then wait 30 seconds to collect the food to avoid transmission.

Hopkins’ video – which was later removed – prompted public anger as Australia has for months limited the number of citizens it allows into the country that means thousands of people remain unable to return. Foreign nationals are not permitted to enter Australia unless given special dispensation.

Amid mounting criticism, Australia’s Minister for Home Affairs Karen Andrews ordered a review into the decision to award Hopkins a visa and on Monday said the government had decided to deport the commentator.

“All visa holders must abide by the health directions issued by our health officials. We won’t tolerate those who don’t,” Andrews told the Australian Broadcasting Corporation.

“We will be getting her out of the country as soon as we can arrange that.”

The saga is the latest chapter in Hopkins’ contentious career that has seen her cause outrage with inflammatory anti-immigrant commentary, even drawing criticism from the United Nations human rights chief. Hopkins was forced to leave several British media outlets in 2017 amid public backlash, and has recently used Instagram to question the seriousness of the pandemic and scale of government responses.