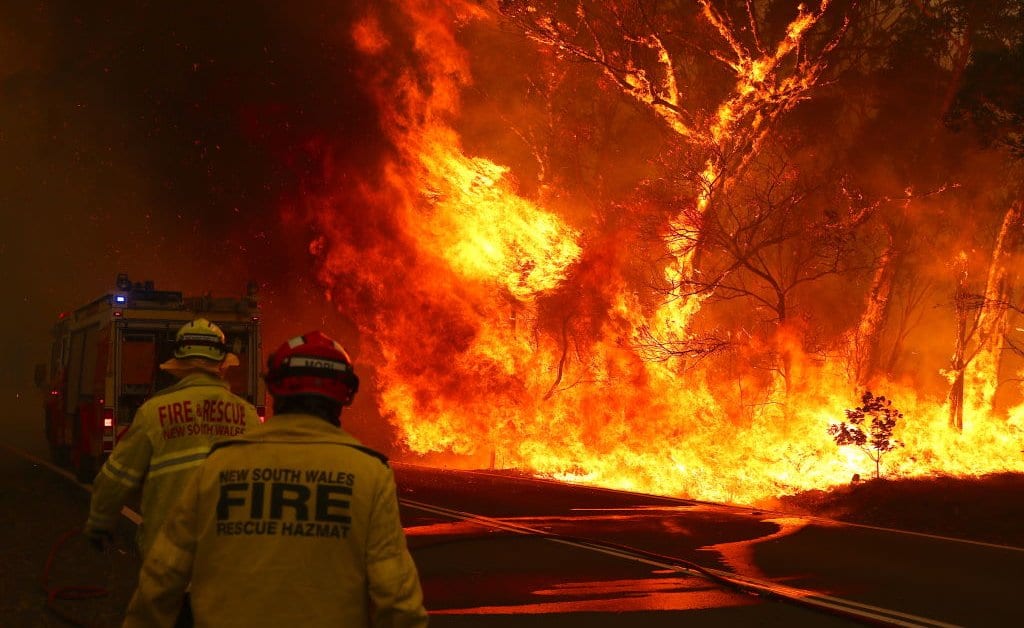 The bushfires that scorched vast tracts of Australia in late 2019 and early 2020 were just a glimpse of what’s to come as global temperatures rise, a landmark report made public on Friday warned.

The Royal Commission into National Natural Disaster Arrangements, which was commissioned by the Australian government, says that global warming over the next 20 to 30 years is inevitable, and Australia must adapt to further changes to the climate.

“Australia will have more hot days and fewer cool days. Sea levels are also projected to continue to rise,” the inquiry, led by a former chief of the Australian Defense Force, a former federal court judge and a climate policy expert, found. “Tropical cyclones are projected to decrease in number, but increase in intensity. Floods and bushfires are expected to become more frequent and more intense.”

Climate activists say they are hopeful the report will help break the country’s deadlock on climate reform—and spur a government that had been largely ambivalent on the issue into action.

Although fires are an annual occurrence on the continent, last season’s apocalyptic blazes, known as the “Black Summer” fires, burned up to 83 million acres, an area twice the size of Florida. The report’s findings come as fires rage on America’s West Coast. More than 90,000 people were urged this week to flee their California homes as Santa Ana winds fueled fires. Already, it has been a record-breaking fire season in the U.S., with wildfires tearing across parts of California, Oregon and Washington.

Australia’s last fire season was one of the worst on record, too. More than 30 people died in the blazes, including at least nine firefighters. More than 400 people may have been killed by smoke pollution from the fires, according to a study published in the Medical Journal of Australia. More than 3,000 homes and many other buildings were destroyed, and one researcher, in a widely shared figure, projected that as many as 480 million animals have been killed or would die in the state of New South Wales—where Sydney is located—alone.

The authors did not urge specific action to reduce Australia’s green house gas emissions—most of the report’s 80 recommendations revolved around practical ways to improve Australia’s natural disaster response. Mullins, who is also a councillor at the non-profit Climate Council, says the report makes a stronger statement on climate change than he expected. “It calls for mitigation across all sectors,” says Mullins. “I take that as code for the government must be serious with your policies on climate change.”

Read More: Australia Is Burning: Scenes From a Deadly Season of Bushfires 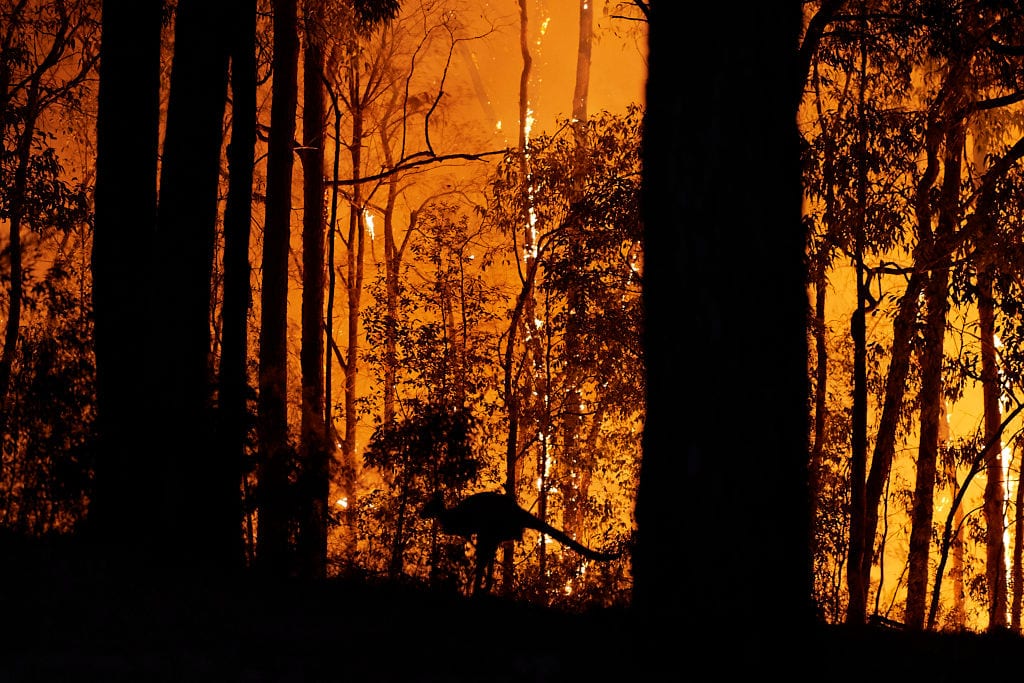 A kangaroo escapes the fire as the fire front approaches a property in Colo Heights, Australia on Nov. 15, 2019.

Australian Prime Minister Scott Morrison faced criticism for his response to the crisis and his stance on climate change. He has said he believes climate change could be creating the weather conditions that have made this past bushfire season one of the most disastrous on record; 2019 was Australia’s hottest and driest year on record. A study published in March 2020 found that human-caused climate change increased the risk of the weather conditions that drove the fires by at least 30%.

But Morrison has argued that there is no direct link between Australia’s greenhouse gas emissions and the severity of the fires. “To suggest that with just 1.3% of global emissions, that Australia doing something differently, more or less, would have changed the fire outcome this season,” he told an Australian radio station, “I don’t think that stands up to any credible scientific evidence at all.”

That ignores the fact that Australia is one of the highest per capita emitters of carbon dioxide in the world, according to Climate Analytics, an advocacy group that tracks climate data. It is also one of the world’s leading exporters of coal. Accounting for fossil fuel exports increases the country’s footprint to about 5% of global emissions, equivalent to the world’s fifth largest emitter, according to Climate Analytics.

Australia ratified the Paris Agreement in 2016; the country agreed to cut its emissions by at least 26% from 2005 levels by 2030. But as fires raged in Australia, the Morrison government was accused of trying to “cheat” on its Paris Agreement obligations to reduce carbon emissions during December 2019 climate talks in Madrid.

Mullins says that he hopes the report will shake the Australian government into action. “Our federal government is recalcitrant on acknowledging climate change and definitely on taking action to reduce emissions,” he says.

That he says, is out of touch with the beliefs of Australian people; a recent report by the think-tank the Australia Institute found that 82% of Australians are concerned that climate change will lead to more bushfires. This report, he says, “adds more fuel to the fire.”

2022 Honda Civic soon to launch in Thailand, will Malaysia get it this year?...

China presses US to cancel tariffs in test of bilateral engagement