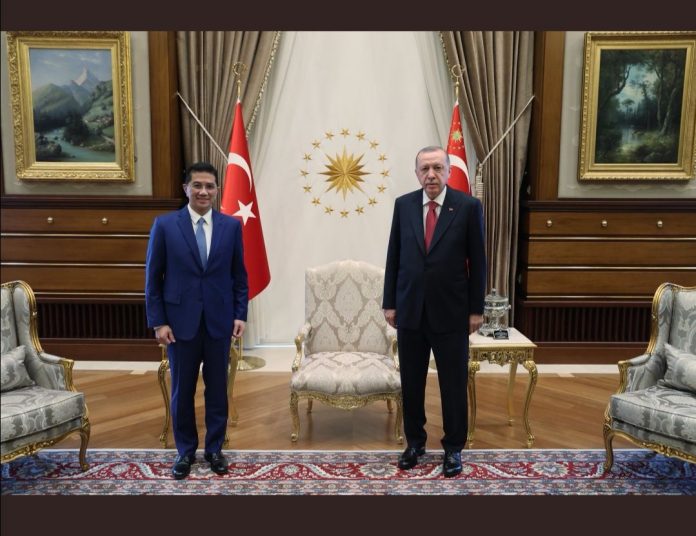 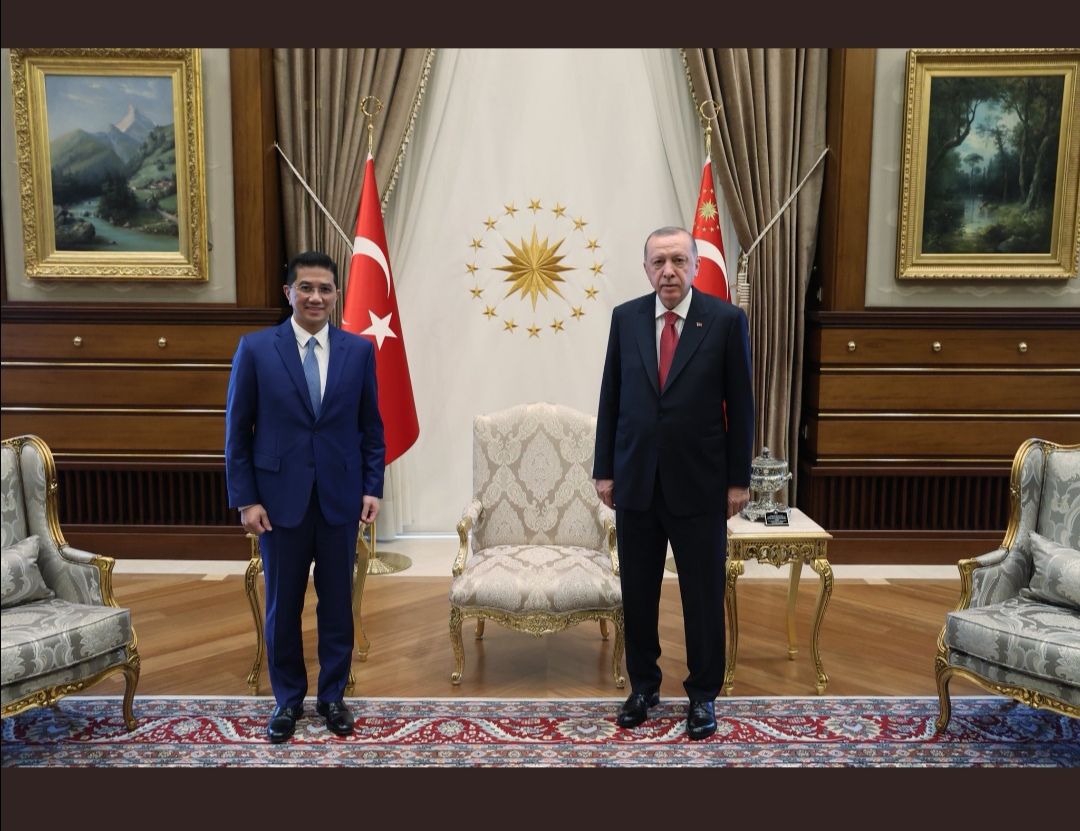 A photograph of Azmin and Erdogan standing next to each other at the latter’s Presidential Complex in Ankara, Turkey accompanied the tweet.

Malaysia and Turkey enjoy good diplomatic and economic relations with Erdogan having made much contact with many political leaders of the country, including Prime Minister Tan Sri Muhyiddin Yassin.

Prior to the meeting with Erdogan, Azmin’s office said that the minister and trade and investment mission team were in Turkey to enhance bilateral trade and to showcase Malaysia as an investment destination of choice.

The ministry said that considering the strong relationship between the two countries, the mission is key in charting the next phase of trade and economic cooperation for both Malaysia and Turkey.

“The mission would provide an impetus for further exploring new and creative ways of enhancing bilateral market access which would ultimately uplift economic growth for both countries,” said the ministry in a statement on Tuesday (July 13).

Azmin recently courted controversy after a photograph of him posing in front of the historical Hagia Sophia in Istanbul, Turkey, emerged on social media, with netizens claiming that he was there with his family members.

However, his children tweeted photographs to prove that they did not accompany the minister but were still in Malaysia.

Miti letter ‘rejection’ due to people misusing it to balik kampung ahead of Aidiladha,...