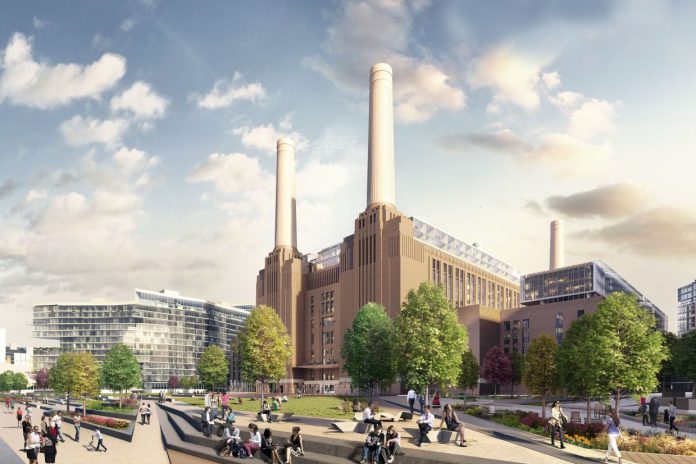 The World Gold win is the highest-ranked position for the internationally coveted awards, S P Setia said on a statement, describing it is a great achievement by affirming Battersea Power Station’s position as a world-class mixed-use development.

“The FIABCI World Prix d’Excellence Awards is one of the most prestigious international awards honouring projects that best embody excellence in the real estate industry.

“With a selection and judging panel comprised of internationally renowned real estate professionals and experts, FIABCI World Prix d’Excellence rewards projects not just for aesthetics, functionality or size, but based on their overall merits, ” S P Setia said.

The chairman of Battersea Project Holding Company, Datuk Ahmad Pardas Senin described it as a “proud win for Battersea Power Station and for us, the Malaysian shareholders of this iconic project.

“We recognise the importance of creating values and are committed to contributing to building a harmonious and caring community,” he said.

“Achieving this award from FIABCI World Prix D’Excellence right after the recent momentous handing over of the Power Station to its first residents makes us exceptionally proud of our endeavours,” Wong said.

Located in London, Battersea Power Station is a 42-acre mixed-use development and one of the most eagerly anticipated regeneration projects in Europe.

The £9bil project is a former industrial brownfield site on the banks of the River Thames that will be regenerated to see the creation of a vibrant new neighbourhood and business quarter for London, serviced by a Zone 1 extension to the London Underground Northern Line.

The master plan for the Battersea Power Station—a Grade-II* listed former coal fired power plant aims to create a mixed-use sustainable development offering commercial and retail functions as well as residential, cultural, and event spaces interspersed with community facilities and a zero-carbon energy plant for the adaptive reuse of the power station itself.

The historical structure of the Power Station functions as the focal point of the site’s regeneration, which aims to create a self-sufficient and vibrant new community serving as the anchor of the Vauxhall/ Nine Elms/ Battersea Opportunity Area

The overall project is divided into several phases, with each designed by a range of specialist architects. The first chapter of the development, Circus West Village, was completed in 2017 and is now home to over 1,500 residents and an eclectic mix of bars, restaurants, and leisure facilities, including a cinema and theatre.

The Power Station was the second phase to open to the public and was handed over to its owners end of May 2021.

The mixed-use historic building will be home to Apple’s London Campus, hundreds of new shops housed in the turbine halls, a c.2000 capacity event venue, an 18,500 sq ft food hall, a glass chimney lift and hundreds of new homes.

A total of 25,000 people will soon be living and working here, creating one of London’s largest office, retail, leisure and cultural quarters.

A new 24/7 community will be formed with over 250 shops, cafes and restaurants, a theatre, hotel, medical centre and 19 acres of public space, including 450 metres of river frontage and a six-acre public park.

. The consortium set up Battersea Power Station Development Co Ltd and developed plans to capitalise on the site’s historical and iconic status as one of London’s premier landmarks.

Liz Truss’s first cabinet: Who’s out and who could be in