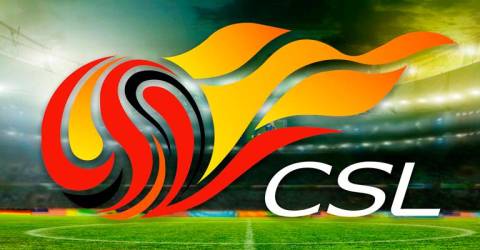 However, defeat for Champions League winner Benitez – Dalian’s third in five matches this season – means his young side drop to bottom of their group with two points.

The 16-team CSL, which began five months late because of coronavirus, has been split into two groups, in Suzhou and Dalian, to prevent infections.

To rub salt into the wounds of former Liverpool manager Benitez, the match was effectively a home game for his team because it was played at Dalian’s youth training base.

“We needed to have the calm to take the chances that we had,” said the 60-year-old Spaniard, who is suffering one of the poorest spells of his long managerial career.

“As I said many times, it’s a young team and we have to learn from our mistakes and keep working, that’s it, you cannot do too much (else).”

The game between two sides who were still looking for a first victory of the campaign was postponed by a day after heavy rain lashed Dalian on Saturday.

Torrential rain gave way to fierce heat on Sunday and Benitez had a white towel slung around his neck to wipe off the sweat.

Benitez, who took Liverpool to Champions League glory in 2005 and is one of the best-paid coaches in the world, has wo seven of his 22 matches since arriving in northeast China in July last year.

The former Real Madrid, Chelsea and Inter Milan boss is enduring his lowest average points return since he was sacked by Real Valladolid in 1996 after two wins in 23 games.

In the build-up to the match, Benitez said that his side is the youngest in the CSL and he is committed to following through on the club’s “blueprint” of developing young Chinese players.

In contrast to the rising pressure on Benitez, former Barcelona and Arsenal star van Bronckhorst can breathe a little easier.

R&F were bottom at the start of play but now sit sixth of the eight teams in the Dalian-area group.

“It’s not easy when you only have one point to play like this so I’m happy with the result,” said R&F’s former Tottenham Hotspur midfielder Mousa Dembele.

“We had some bad luck sometimes but everyone played with a lot of courage (in previous games) and today the defence really played like men.” – AFP