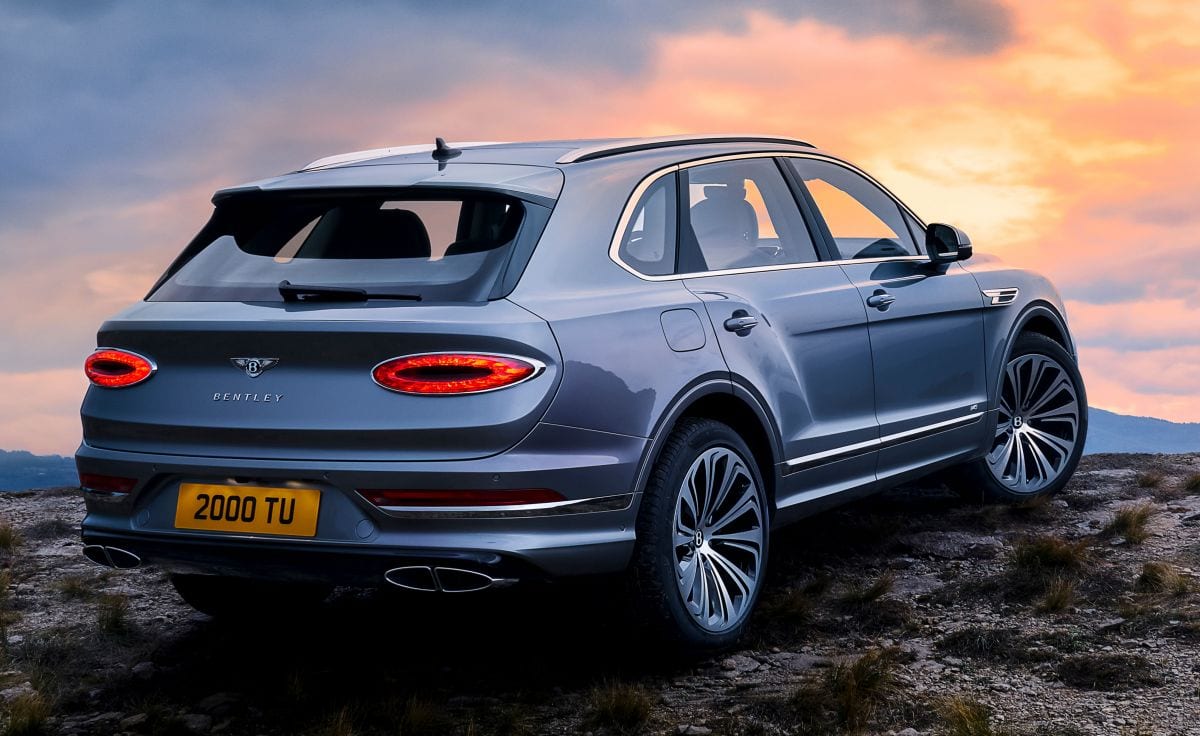 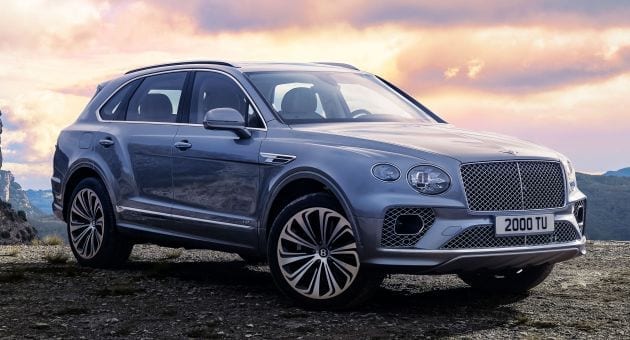 The Bentley Bentayga facelift has been officially revealed. Crewe’s first SUV – which has been very successful for the British luxury brand with over 20,000 units sold since November 2015 – receives updated styling that brings it in line with the rest of the Bentley range, as well as new equipment/tech and a revised cabin. They’re feeling bullish.

“From its moment of launch nearly five years ago, the Bentayga has been the very definition of the luxury SUV. Like the Continental GT, the Bentayga created an entirely new part of the market, and since we set the benchmark many others have joined the sector, but no other car can offer a breadth of ability to rival the Bentayga,” declared Bentley chairman and CEO Adrian Hallmark.

“With the new Bentayga, we’re repositioning the pinnacle of the luxury SUV segment to be even higher, even further away from the competition. We’ve listened to our customers and made improvements to the areas most important to them, and the new Bentayga is a thoroughly modern and beautiful extension of the original car’s abilities and achievements,” he added. 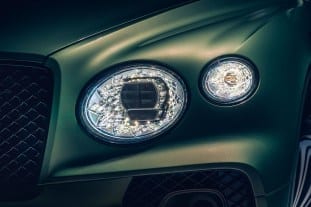 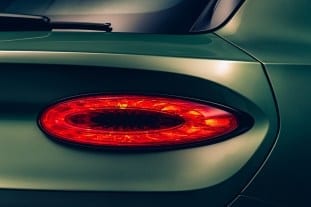 Let’s start with the exterior changes. Bentley’s latest Continental GT and Flying Spur limo are beautiful things – classically Bentley but very dynamic – and the aim here is to visually connect the Bentayga with the duo. But as a big SUV, it needs bold styling and imposing presence as well.

Every panel at the front of the car has been redesigned. The matrix grille is larger and more upright, while the new intelligent LED matrix headlamps (positioned 30 mm higher) have the now-signature Bentley design inspired by cut crystal glassware. The “eyes” now illuminate with a wake-up sequence.

On the muscular sides, a new, longer vent sits above the sculpted power line on the side of the front wing, while the lower door mouldings are also new, alongside discreet V8 badging. The longer roof spoiler gives big SUV a visually longer, more elegant profile.

Change is more apparent at the rear, with a total redesign including a new full-width tailgate (Audi Q-style wraparound) with Continental GT-style elliptical lamps and the licence plate moved down to the bumper. The latter makes room for prominent Bentley lettering. It’s at the rear that the move to merge the Bentayga’s look with other Bentleys is obvious.

Also obvious are the wide, split tailpipes. There’s also a 20 mm increase to the rear track width – this brings dynamic benefit and repositions the wheels in their arches to improve the car’s stance. The wheels themselves are a new 22-inch design that’s unique to the Bentayga. 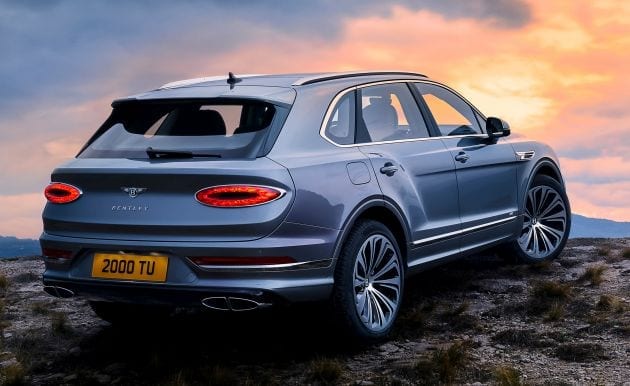 Speaking of stance, it has been improved by adjusting the lateral position of the wheels in the arches, reducing the horizontal space between surface of the wheel and the edge of the arch at all four corners, Bentley says, adding that the redesign does not affect coefficients of drag or lift.

Two new colours have been added to the palette – Viridian, a dark shade of metallic green based on the colour of the EXP 10 Speed 6 concept car, and Patina – a luxury-focused mid-tone off-white. One can opt for the Blackline Specification that replaces all exterior chrome with black trim. The green car in this gallery wears Blackline.

Inside, you’ll find a new steering wheel, door trims and seats; but the most apparent change is the redesigned centre fascia and digital instrumentation cluster. Much of what’s good from the new Flying Spur is now available here. 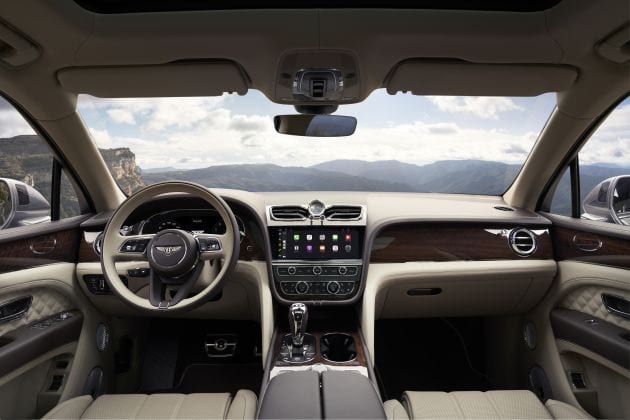 Like in the limo, the central pair of traditional ‘bullseye’ centre vents have been replaced by a sculptured single vent with a flowing chrome bezel – this sits above the larger infotainment screen and integrates the analogue Breitling clock. There’s a long pocket along the side of the centre console for smaller items, while a wireless inductive phone charger with signal booster is situated directly in front of the gear lever.

Three seating configurations are available. Apart from the standard five-seat, an optional four-seat layout (two individual rear seats separated by a centre console) or a three-row (seven-seat) configuration can be had.

The five-seat Bentayga benefits from an all-new seat frame, which doubles the travel of the rear-seat recline angle. All seats now have a more sculpted shape, especially around the shoulder area. New foam and cover designs are standard, while Contrast Stitching and Hand Cross Stitching deliver extra design detail. Seat micro piping is also available for the first time for the model. 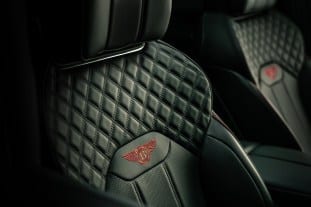 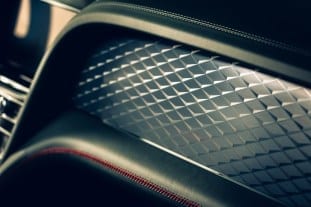 The five-seat option can now be had with rear-seat ventilation, previously available only on the four-seater. The four-seater benefits from a 30 mm increase in knee room in the upright seated position, with an improvement of almost 100 mm in the reclined position.

Unique to new Bentayga, a dark tint diamond brushed aluminium finish trim is available as an option in a Bentley for the first time. Evoking the brand’s matrix grille design, this finish is produced via an intricate process of brushing the aluminium from multiple directions to achieve a 3D effect. 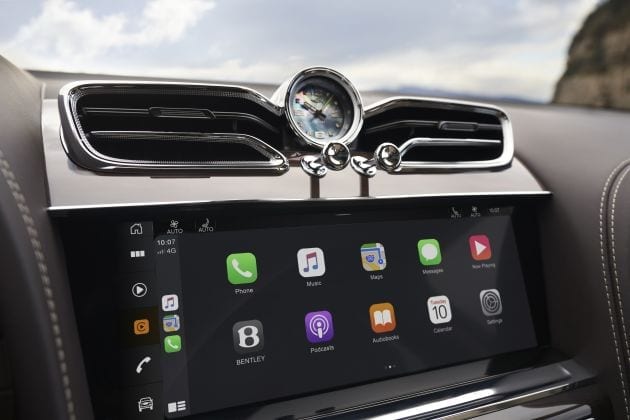 As for tech, there’s a bigger and brighter 10.9-inch touchscreen with anti-reflection and anti-glare coating. Bentley says that the screen, which now spans the entire centre stack, has much improved touch functionality. Content in the primary window can be selected either via hard keys beneath the screen, or from the main menu. A customisable dashboard can also be set up to show three favourites. Navigation has been improved in both search and display areas.

Apple CarPlay is now standard in the Bentayga (in addition to the previous standard wired system), along with Android Auto for the first time in a Bentley. With a phone plugged in to one of the car’s USB-C sockets, the central infotainment screen mirrors the smartphone display.

The latest Bentayga now has a full digital driver’s information panel. The screen can be viewed in either Classic (two-dial design) or Expanded format, where the right dial is replaced with an area for maps and media info. There’s an embedded SIM for My Bentley in-car and remote connected car services. 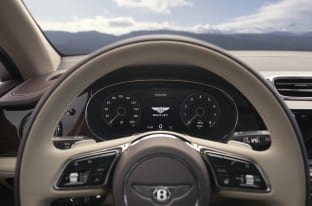 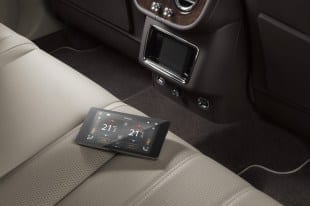 Away from the cockpit, there’s plenty for the boss to enjoy. Two levels of audio systems are offered – the standard Bentley Signature Audio is a 590W 12-speaker system, while the optional Naim for Bentley system delivers 1,780 watts of power via 20 speakers, including active bass speakers under both front seats, with “super-tweeters” located in each A and B-pillar. There are eight listening modes and the new speaker grilles now have an illuminated Naim badge.

The Bentayga also gets the Touch Screen Remote control tablet first seen in the Flying Spur. The five-inch unit is powered by an onboard quad-core processor and 1GB of RAM – it can control everything from rear seat functions to the media system and navigation. There’s also an onboard air ioniser along with good carryover features such as the hands-free powered tailgate and refrigerated bottle cooler.

Lastly, we come to what’s under the hood. The big Bentley is powered by the proven 4.0 litre twin-turbo V8 with 550 PS and 770 Nm of torque, good enough to push this wheeled apartment to 100 km/h in 4.5 seconds and a top speed of 290 km/h. Paired to an eight-speed automatic gearbox, the Bentayga’s V8 can de-activate four of its cylinders in suitable conditions to improve fuel efficiency, which is rated at 13.3 litres per 100 km combined. 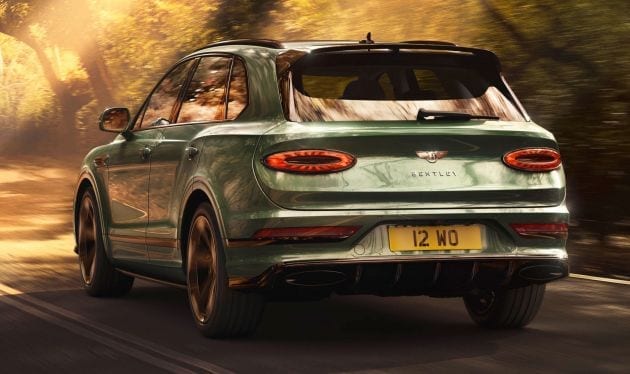 The Bentayga continues to have Bentley Dynamic Ride electric active roll control, Drive Dynamics Mode and the optional All-Terrain Specification. Up to eight modes – four on and four off-road – are available at the turn of a dial.

Crewe says that later, the new Bentayga will be offered as a Hybrid, which went on sale in Europe September last year. The pre-facelift plug-in hybrid combined a 3.0 litre V6 turbo (340 PS/450 Nm) with a 128 PS/350 Nm electric motor and 17.3 kWh lithium-ion battery for 39 km of WLTP rated electric driving. Perhaps these stats will improve with the new model.

No W12? Yup, it’s only the V8 for now, but the upcoming performance Speed model will be powered by the marque’s mighty 6.0 litre W12 TSI motor, it has been confirmed. What do you think of the Bentley Bentayga’s updated looks and package?

Amazon to pay shoppers hurt by others’ products, does not admit liability

Garbling the English language | The Star