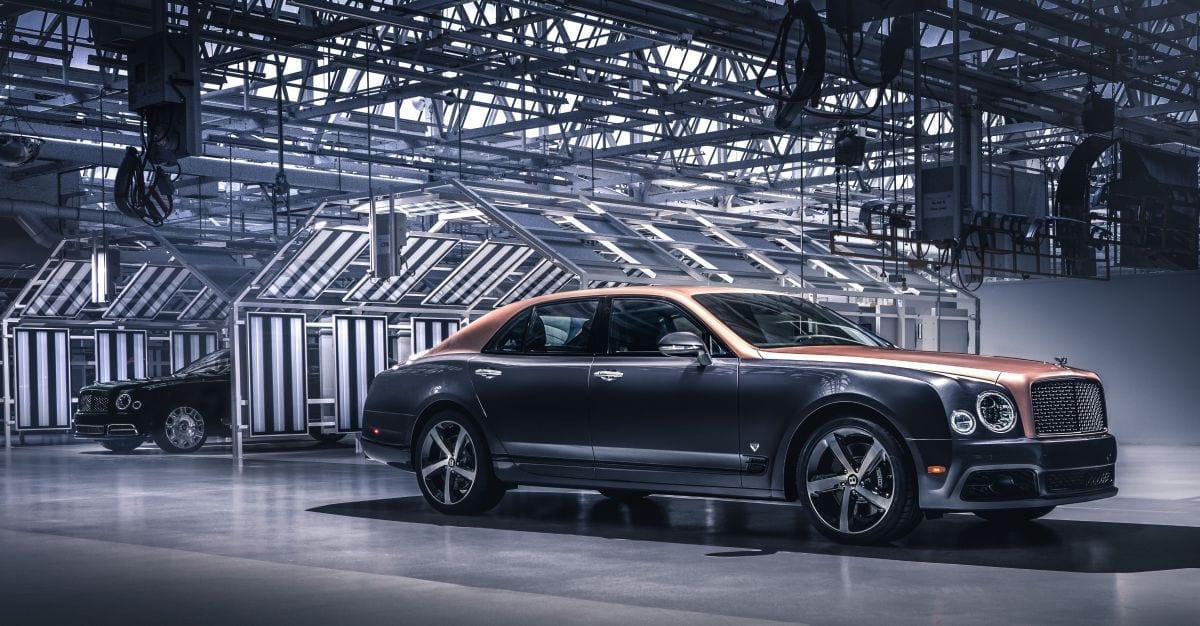 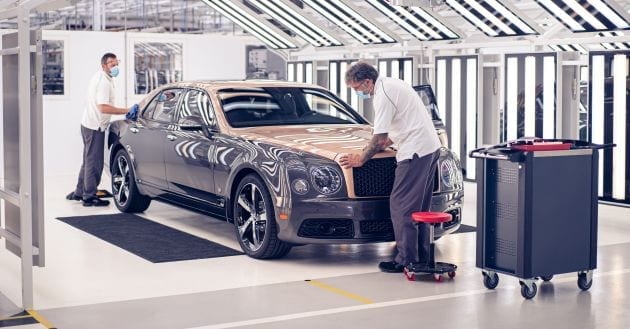 The final, ‘extremely special’ production example of the Mulsanne rounds up the model line, though its future custodian remains a secret, says Bentley. As its name indicates, the 6.75 Edition by Mulliner is powered by the 6¾ litre engine in the Mulsanne Speed state of tune, here producing 530 hp at 4,000 rpm at 1,100 Nm of torque at 1,700 rpm. The L410 powerplant will also be retired along with the Mulsanne.

“I am immensely proud of the hundreds of designers, engineers and craftspeople that brought the Mulsanne to life over the last ten years. Now, as we begin Bentley’s journey to define the future of sustainable luxury mobility through our Beyond100 strategy, the role of Bentley flagship is passed to the new Flying Spur,” said Bentley CEO Adrian Hallmark.

Some numbers. In this time, more than 700 individuals have spent nearly three million man-hours in the making of Bentley’s outgoing flagship sedan. Some 42 million spot welds have been collectively applied to Mulsanne bodies, with more than one million hours invested in the crafting of their leather interiors. Polishing the cars have accrued 90,000 hours, with over four million quality checkpoints passed through. 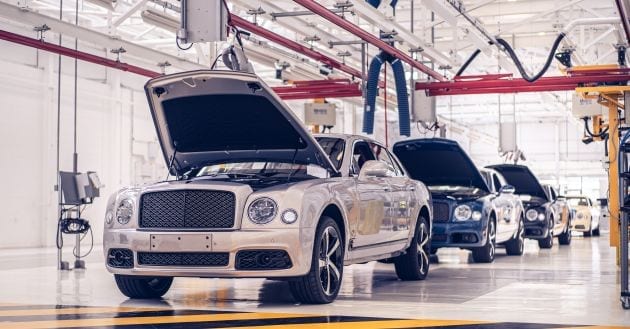 The 6.75 Edition by Mulliner gets a host of sportier finishing touches, with black accents on the radiator grille, fog lamp housings, window surrounds, body trim units, tailgate insert and the oval exhaust outlets. The engine’s intake manifold is also finished in black instead of the traditional silver, and the car’s engine number plague on this closing run is signed by Hallmark.

Inside, a 6.75 Edition motif is stitched into the seats, and this logo will also be projected by the LED welcome lamps. Schematic drawings of the iconic V8 engine feature on the clock face and small gauges, while the fascias and waistrails are finished in high-gloss Grand Black, the latter featuring Dark Engine Spin Aluminium inserts.

The flagship role at Bentley held by the Mulsanne until now will be passed on to a future SUV that will complement the Bentayga, the marque’s first SUV that has accounted for 47% of all Bentley sales last year, Hallmark said in April. The move to an SUV for its peak model is due to customer’s transition in preferring SUVs over traditional sedans in the high-end luxury segment, the CEO said.

“If we only see potential for 400 to 600 (units) a year, it makes the business case extremely tough. The cost of developing these cars with the technology and requirements to meet emissions and crash regulations means they are no less expensive to develop than a car that you can sell 5,000 units of,” Hallmark explained.

Other Sports: Olympics-Figure skating-Could be time for a Russian “timeout” over doping, says IOC’s...

Explainer-Fighter jets to Ukraine a step too far for NATO wary of war with...