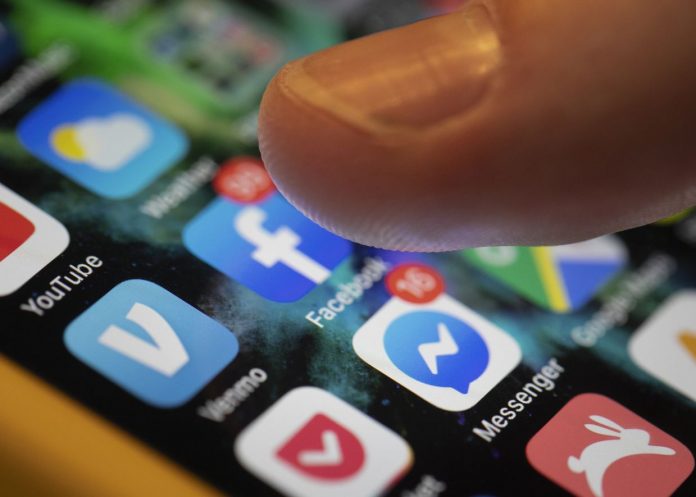 India is growing increasingly assertive in its efforts to control online communications, challenging Twitter and Facebook’s practices and threatening to set a precedent that could extend far beyond its borders.

The largest US Internet firms are fighting new Intermediary rules issued by Narendra Modi’s government in February that they say curtail privacy and free speech. Officials have demanded Facebook Inc and Twitter Inc take down hundreds of posts this year, divulge sensitive user information and submit to a regulatory regime that includes potential jail terms for executives if companies don’t comply.

While the administration’s push to exert more control over user data and online discourse reflects efforts globally to come to grips with tech giants and their enormous influence, the stakes in India are particularly high for internet firms because – shut out of China – it’s the only billion-people market up for grabs. Unlike authoritarian regimes such as Beijing, critics fear actions taken by the world’s largest democracy could offer a template for other governments to encroach on personal privacy in the name of domestic security.

“India has introduced draconian changes to its rules,” the Electronic Frontier Foundation wrote in April. They “create new possibilities for government surveillance of citizens. These rules threaten the idea of a free and open internet built on a bedrock of international human rights standards”.

Holding Internet companies responsible for content posted – and in some cases, executives personally liable – goes beyond what many countries demand and is a key point of dispute. Caught in this tug-of-war are hundreds of millions in India whose way of engaging with the Internet now hangs in the balance. Facebook’s WhatsApp is in court arguing the new rules would circumvent its encryption, a key feature the company has touted in global marketing.

Modi’s administration has trained its sights on Twitter in recent months, given its role as the social platform of choice for politicians and celebrities. Cabinet ministers have accused the US company of defying orders and suggested it should be stripped of its intermediary status – making it directly accountable for content posted by its users. In May, Twitter slapped a “manipulated media” label on tweets from several accounts linked to Modi’s party. Police investigators have since called on senior executives and its offices, placing business in the world’s second most-populous nation at risk.

“Twitter is in a no-win situation here,” said Mike Masnick, founder of tech policy blog Techdirt. “Giving in to excessive government demands not only suppresses important speech, but opens the company up to even further pressure to silence critics of the government in India and elsewhere.”

Representatives for the Ministry of Electronics and Information Technology (MEITY) that oversees regulation did not respond to several calls and emails seeking comment. WhatsApp and Twitter representatives declined to comment beyond past statements that they will aim to comply with government regulations.

India has said it welcomes criticism and dissent and its new rules are aimed at safeguarding public order and preventing harmful content such as child pornography and abuse videos. The country in recent years has grappled with an explosion of fake news across social media, much of it targeted at a largely first-time internet audience unaccustomed to sifting through online falsehoods. It came into conflict with Facebook in 2018 when the government asked WhatsApp to curb the spread of messages in connection with two dozen lynchings. Facebook’s response then was to restrict the forwarding of messages and label them as “forwarded”.

WhatsApp has more than 530 million users in India, Alphabet Inc’s YouTube has about 450 million and Facebook has over 410 million users, making it the biggest market for all three. Twitter, a comparative minnow with 17.5 million users, counts India among its fastest-growing territories. But that limited reach makes it vulnerable in a nation that showed itself willing to outlaw popular foreign services a year ago when it banned TikTok – which had signed up 200 million users in the country – and hundreds more China-made apps after a violent clash on the disputed border between the two countries.

As in the US, however, Twitter wields influence disproportionate to its size. It’s vital to political discussion in India and Modi himself is an avid user and enjoys a following of over 69 million, showing its international reach. While ministers have tweeted belligerently about Twitter, none have yet openly voiced the threat of banning it.

Even while clashing with China, India may still draw inspiration from its neighbour’s experience, where the void left by foreign social platforms blocked for opposing stringent censorship created room for homegrown alternatives to develop. In fact, Modi’s colleagues have been actively touting Koo, a local micro-blogging rival.

“I have to imagine that Modi is looking at China and thinking they can have economic prosperity while also exercising a lot of authoritarian control over speech and communications,” said Katie Harbath, a former Facebook public policy director who worked with the country’s officials between the fall of 2013, ahead of Modi’s first election as prime minister, until earlier this year. “So the big question is what direction will India go?”

Much of the current rancor stems from the government’s push to control the conversation around farmer protests that have been going on since November, centered on proposals to tax agricultural inputs and remove minimum price support. The administration compelled Twitter to block some popular figures expressing support for the protesters – such as Punjabi singer JazzyB, whose account has 1.2 million followers but can’t be accessed within India – though the company hasn’t enacted all of its requests.

US and EU lawmakers should be paying closer attention to the South Asian country, Harbath said. Like Masnick, she sees few good options for private companies to oppose laws handed down from above, and it would be up to the international community to steer India back toward a more liberal path.

The US has embraced India in recent years as a counterweight to China, boosting defense cooperation as part of the four-nation Quad group that also includes fellow democracies Japan and Australia. For its part, Modi’s administration has sought to attract firms seeking to diversify supply chains away from China – giving it an incentive to maintain good relations with the Biden administration and the American business community at large.

Relations with American social platforms were much warmer and more collaborative in the early years of the Modi government. Facebook founder Mark Zuckerberg hosted Modi for a town hall event at the company’s headquarters in 2015. The two men embraced and smiled for the cameras. But, Harbath said, whenever the administration’s popularity has slipped since then – after moves such as the sudden currency demonetization in 2016 – it has grown more aggressive in trying to steer the public narrative.

Most recently, Modi’s government has come under fire on Twitter from critics who say it bungled efforts to fight Covid-19. In response, it has sought to block recent criticism on Twitter, where the anger and disappointment in India’s leader are manifest.

“Silicon Valley’s social media platforms have a huge base in India and the confrontation is over who controls these users,” said Delhi-based Tarun Pathak, research director at Counterpoint. “In the next three to five years, some 300 million new users equalling the population of the US will get online in India, shifting the balance of power eastward for these companies.”

Twitter appointed an interim compliance officer two weeks ago, long after its peers had assigned permanent representatives, and that person reportedly quit the position. A company spokesperson declined to confirm or comment on the reasons.

On Friday, the head of MEITY, Ravi Shankar Prasad, had his Twitter account briefly locked due to a complaint of alleged copyright infringement, according to the company. Upon regaining access, the frequent Twitter antagonist wrote that its “actions indicate that they are not the harbinger of free speech that they claim to be but are only interested in running their own agenda”. Twitter declined to comment further but pointed to its original statement that Prasad’s account was briefly locked for copyright violation.

“US tech companies want to operate in India, make big money in India but want to be governed by US laws,” Prasad said at the India Global Forum virtual event on Wednesday. “You have to be accountable to the constitution and the laws of India.”

Twitter was recently cited alongside journalists and opposition party leaders by police in Uttar Pradesh for hosting a video that provoked communal discord, according to local reports. Delhi police also said they were investigating another complaint against Twitter India chief Manish Maheshwari related to that video, which purported to show majority Hindus assaulting a minority Muslim man. The company has since removed the offending clip, offering no comment beyond its statement about complying with local laws. The Uttar Pradesh government has petitioned India’s Supreme Court to revoke a lower court’s protection of Maheshwari from arrest.

Without pressure on India to dial back its online powers – which the Washington Post’s editorial board called for this month – companies like Twitter will have to carefully weigh their decisions so as not to be ousted from a vast market while still upholding the principles they espouse, Harbath said.

It’s a delicate dance that’s becoming more common around the world. Countries as far afield as Australia, Poland and Nigeria are cracking down on social platforms, alleging they have excessive power to determine what is acceptable speech and are meddling with domestic affairs. Nigeria barred Twitter this month and Germany’s hate speech rules will require platforms to speedily take down illegal content or face penalties.

“It’s complicated. A decision taken by these companies in India will not be for India alone,” said Bangalore-based Prateek Waghre, a research analyst at the Takshashila Institution who studies the governance of digital platforms. “What they do here will serve as a template for the rest of the world.” – Bloomberg

Football: Soccer-Half a century of England hurt could be healing