Birds’ deaths not linked to Covid-19 or avian flu 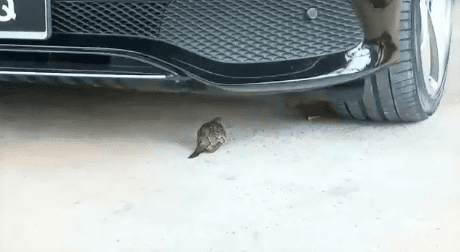 Birds’ deaths not linked to Covid-19 or avian flu

KUCHING: The mysterious deaths of birds reported by several people here last week were not linked to either Covid-19 or avian flu, said authorities.

A sample taken by the Veterinary Department at one of the locations where the birds were found ruled out both diseases.

“Based on the initial report on the bird case in Kuching, we ruled out avian influenza and Covid-19,” a source from within Sarawak Disaster Management Committee (SDMC) told New Sarawak Tribune yesterday.

However, New Sarawak Tribune has yet to obtain information on the cause of death of the birds.

Last week, several videos by netizens of dying birds came to light. A short video made available to New Sarawak Tribune showed a bird that was limping and twitching before it abruptly died.

It is understood that both the Veterinary Department and Sarawak Forestry Corporation (SFC) investigated the matter.

A medical practitioner, who spoke to New Sarawak Tribune, heaved a sigh of relief when told that both Covid-19 and avian flu were ruled out in the bird’s death.

However, the physician stressed that the preliminary cause of death of the birds should be ascertained.

With the latest revelations on the mutation capabilities of Covid-19, he pointed out that researchers had revealed there could be three strains of the virus available worldwide and that the virus could “environmentally adapt to the population”.

This also did not quell theories on whether the virus was transported abroad by animal carriers, especially birds which could cross borders without restrictions.

Last week, South Carolina in United States reported the detection of highly pathogenic avian influenza for the first time since 2017. The H7N3 strain of the disease was detected in a commercial turkey flock.